A week of activity targeting drug supply and the associated violence in east London has resulted in 23 arrests.

The intelligence led operation, took place across five days from Monday, 22 to Friday, 26 June and included 80 officers from the East Area Command Gangs and Violence Suppression Unit and Dog Units.

A total of 23 warrants were executed at residential addresses throughout the boroughs of Havering, Redbridge and Barking and Dagenham.

The five days of activity resulted in the arrest of 21 males and two females within an age range of 17–48 years.

All 23 were interviewed at east London police stations and 14 have been released on bail to return on a date in late July, eight remain in custody and one person was released with no further action.

An 18-year-old male [G] was arrested on Tuesday, 23 June during a stop and search in Barking and Dagenham and was subsequently charged with being in possession of an offensive weapon and possession of a Class B drug. He appeared at Barkingside Magistrates Court on Wednesday, 24 June and was bailed to appear at the same court on Monday, 27 July.

Of the 23 warrants conducted, 10 were in Havering, eight in Redbridge, four were in Barking and Dagenham and one was in north-west London.

During the week of activity, officers seized Class A and B drugs with an estimated value of £50,000. Two cannabis factories in Ilford were closed and dismantled and a variety of weapons were seized including three guns, CS Spray, swords, knives, and a taser.

Detective Sergeant Luke Hampton who co-ordinated the raids said: “Those targeted in the warrants are concerned in the street dealing strand of drug supply which as we know contributes to violence across our three boroughs.

“While we know that drug use and supply are a global issue, we don’t accept them as a part of everyday life. The warrants we have conducted will have a positive impact on the quality of life for local communities by seriously disrupting the supply of drugs and the significant amount of class A and class B substances seized will now not be sold on our streets.

“Drug dealers are not wanted or welcome in our boroughs. Anyone who thinks it is okay to deal drugs will not find this a peaceful place to live. We will make use of every available resource in order to find you, arrest you and place you before the courts.”

Detective Superintendent Paul Trevers of East Area Command said: “Reducing violence remains a top priority for us and this week’s operation is part of our ongoing commitment to bring violence levels down as we continue to identify, target and track offenders linked to violence, gangs or drug supply.

“As part of our determination to make Redbridge, Havering and Barking and Dagenham safer than ever, we have launched a newly formed, dedicated, local Violence Suppression Unit to relentlessly and proactively crack down on violence.

“By compiling solid evidence against drug dealers prior to arrest, we have improved the chances of charges being brought and the defendants being placed before the courts.

“As the arrest results clearly show, pro-active operations of this type often yield far more than the intended targets with a number of additional arrests for violent offences having been made along the way.

“All three boroughs that make up our East Area Command are geographically separate, but have a common theme – the supply and use of drugs and the often violent crime associated with it, all of which has a negative impact on those living, working and raising families here.

“Our new unit, specialising in challenging violence and its drivers, consists of one detective inspector leading three sergeants and 16 PCs. This team will be uplifted from next week by one further detective sergeant and six detective constables enabling the team to undertake a wider range of investigations, simultaneously including covert and intelligence led operations and intelligence gathering and development.

Within the last six weeks, working with our partners, we identified 56 people believed to be at risk of violence, or being connected to violent offending. All have been offered the chance to access support to leave drug and gang culture.

Detective Superintendent Trevers added: “Running alongside enforcement, we have a major focus on intervention, identifying opportunities to intervene with young people and/or their families who want to remove themselves from a criminal lifestyle.

“We offer access to support directly and through partner scheme referrals run by external agencies. In this week’s activity we have offered each and every one of those arrested help and access to support, to leave that lifestyle behind for good, led by the Gangs Engagement Team who continue to do incredible work with so many young people and their families. They also offer support and advice to the parents of those affected which is crucial if we want our young people to progress.

”In partnership with our council colleagues we aim to remind those involved in drugs or gang related activity that there are alternatives to this lifestyle and that they can make a positive difference to their own lives and futures by changing the path they are on.”

Detective Constable Anoushka Dunic, who specialises in diversion and community support said: “We work closely with Lifeline Projects, ensuring young people who may need extra support are provided with mentoring and a new and positive focus in their lives. We also offer FREE parent support groups, which are currently run online with Lifeline Switch.

“Although enforcement is an important part of what we do, there will always be a need for support and diversion so that any young people who find themselves involved in crime and want to distance from it, can be signposted to a support facility that can help them develop a realistic and workable exit strategy.

“We also provide Gangs and Exploitation awareness sessions to parents to help them have an understanding of the pressures and risks that their child may be exposed to. We know that to support young people, we must support parents too.

“I work collaboratively with partnership colleagues to raise awareness and promote what help is available to young people involved in crime and their families, and have seen first-hand the difference that lifestyle changes can have on their way of life and their future prospects. Future Youth Zone in Dagenham, is one of the fantastic facilities in our area which can provide positive experiences and support for young people.

“The next event for parents of youngsters involved in crime is on Thursday, 2 July at 8pm on Zoom. We understand that it can be overwhelming to “come along” to a group, even online, but please be assured that the groups are safe and engaging and have proven to be a great source of comfort for many parents who benefit from sharing their own or listening to other parent’s experiences. If you want to take part please email me at Anoushka.Dunic@met.police.uk.”

Councillor Margaret Mullane, Cabinet Member for Enforcement and Community Safety said: “Despite being in lockdown, I am really pleased to see that these people have not only been identified but have also been arrested.

“As neighbouring councils we have to all work together alongside the police to ensure that we are providing a safe environment for our residents. This operation is a great example of partnership working and I hope it continues going forward.”+ The public play a huge role in helping to both prevent and detect crime. We need their help to identify those willing to commit terrible acts and carry weapons. We need to hear from anyone who has information about a crime, or about someone they suspect to be carrying a weapon or involved in violent or drug related crime.

FUTURE YOUTH ZONE is a diversionary referral for young people who need positive experiences and activities to help them realise their full potential. For more information visit www.futureyouthzone.org/
PARENTS: If you would like to take part in the FREE ‘Gangs and Exploitation Awareness programmes for Parents’, please contact DC Anoushka Dunic in the Gangs Engagement Team by email at Anoushka.Dunic@met.police.uk.

SW!TCH Lives gives young people at risk of involvement in serious youth violence the opportunity to turn their lives around. Schools, professionals and parents can refer young people to our specially trained mentors who meet with the young people on a regular basis. Through mentoring of positive activities and to be the change they want to see in the world by helping others, as we invest in them as leaders. SWITCH Lives is run by LifeLine Projects. Email: info@lifelineprojects.co.uk Phone: 0208 597 2900.

KNIFE CRIME: Advice and support is also available through organisations including Knife Free: https://www.knifefree.co.uk/get-help-support/ and www.met.police.uk/stopknifecrime 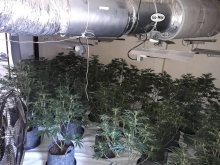 Cannabis plants at a cann... 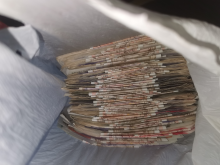 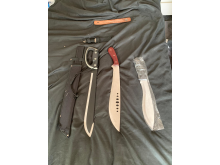 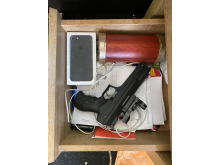 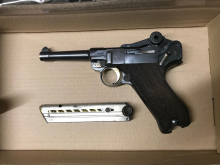 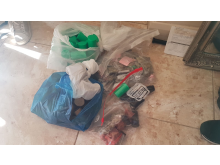