A total of 39 arrests have been made following a large scale operation to reduce violent crime in Hounslow, Hillingdon and Ealing.

There was also a significant engagement element to the Operation which saw officers conduct youth engagement activities, including: telephone discussions with eight youths, offering assistance and signposting to relevant support; and engagement visits with seven high-risk youths, where officers highlighted various diversionary opportunities and charities. There will also be interactive knife crime awareness and intervention sessions in the coming weeks.

The two-day operation resulted in a total of:

Detective Inspector Andy Thrower, who led the operation, said: “This was a proactive operation which not only focussed on enforcement, but also prevention and engagement; elements which are all integral in reducing violent crime.

“We’ve had fantastic results, with 39 individuals arrested, as well as a quantity of drugs and cash being recovered. We have also discovered important intelligence which may lead to further arrests, and is currently being investigated by detectives.

“I hope this showcases to the local community that we will not tolerate dangerous criminality and will bring those involved to justice.

“I would like to thank all those who took part in the Operation, who showed their unwavering dedication to reducing violent crime, arresting dangerous individuals, and making the area a safer place to live.”

Communities have a vital role to play in tackling violent crime and we urge anyone who may have information to tell us, so that we can tackle violence together. We need information about crime or those who carry a weapon, or those that exploit people for gain or revenge, while putting young people’s lives at risk. Community intelligence can be used to great effect to not only detect, but also prevent crime, keep London safe and save young lives.

For those not comfortable in speaking to the police, Crimestoppers is a totally independent charity. They do not ask your name or trace your call. If people are worried that a family member or friend might be involved in criminality or vulnerable to people who may be violent, visit KnifeFree or the NSPCC websites for help and advice. You might be able to help them find a way-out. 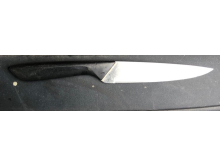 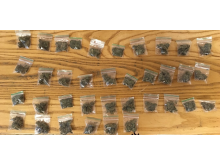