Detectives investigating a burglary at a house in Islington have issued a CCTV still of a man they wish to identify.

They have also released images of some of the stolen property, a Whyte Portobello bike and a Maltese gold cross pendant which was on a gold chain. Other items including cash, Christmas presents and a MacBook Pro were stolen, totaling more than £3,000.

At around 14:50 hours on Friday, 18 December two of the victims, a man in his 30s and woman in her 20s, left the property and returned half an hour later to find their front door had been forced. Their housemate, a woman in her 20s, was on duty as a paramedic at the time of the burglary.

The suspect had entered the property by forcing the lower panel of the front door. He left the property in disarray and then headed to a food and wine shop on Southgate Road, where he purchased a bottle of Dom Perignon champagne with a stolen card.

He then left on an electric scooter in the direction of Hackney where he attempted to buy another bottle of Champagne with the stolen card.

The suspect is described as a white man, aged between 20 and 30-years old, of a slim, muscular build. He was wearing a light coloured hooded top under a Canada Goose jacket, grey jogging bottoms and a red baseball cap.

PC Zak Tallis, from Central North Basic Command Unit, said: “This burglary has impacted the victims severely and to make matters worse the two female victims are helping Londoners survive the pandemic on a daily basis.”

Anyone who can identify the man shown in the image or knows of the whereabouts of the stolen property should call police on 101 or Tweet @MetCC quoting Cad 4636/18DEC.

To reduce the chance of becoming a victim of burglary, keep gifts and valuables out of view of the window, and consider using a timer to turn on lights or your TV, even if you are out for just a few minutes.

After Christmas, boxes and rubbish should be disposed of discreetly, so as not to give away the fact you have valuable items in the house. 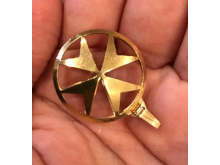 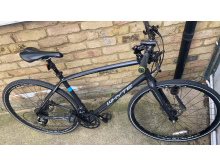