Officers are appealing for the public’s help to identify three people they wish to speak to in connection with a violent robbery that took place on a bus in east London.

The incident took place at around 15:00hrs on Tuesday, 15 September aboard a route 474 bus near Savage Gardens, Beckton.

A group, all male, boarded the bus and went up to the top deck where they approached a 15-year-old boy. One of the group sat next to him and the others surrounded him. They demanded he hand over his phone.

When the boy got up and tried to leave he was dragged back to his seat by his collar and repeatedly punched. He was able to break free and get off the bus but was punched again to the back of the head as he did. He suffered bruising to his face in the incident.

One person has been interviewed under caution in relation to this incident but officers are still trying to identify others they believe were involved.

Detective Constable Nick Kortright, from the Met’s Roads and Transport Policing Command, said: “This was an unprovoked and unacceptable attack. The victim has been left scared to get on a bus and tries to avoid going out unless an older family member is with him.

“Public transport in London is very safe and thankfully, incidents like this are rare. We are determined to identify those responsible. I’d ask anyone who recognises the three people in the images released today to get in touch.”

If you know anything about this incident, or if you can identify any of the three males in the pictures, please call 101 quoting CAD 1585/08DEC. Alternatively, you can call Crimestoppers, anonymously, on 0800 555 111. 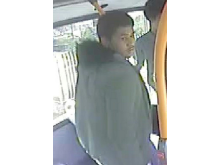 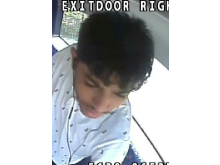 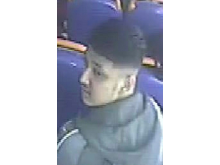 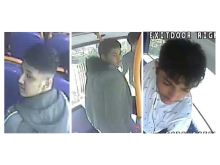