Police investigating a spate of burglaries in Kensington and Holland Park, with property worth £270,000 stolen, have renewed their appeal for witnesses and information.


The male suspect has so far targeted five properties, on three occasions breaking in while families with young children were inside.


He has been caught on CCTV four times and officers are hopeful someone may recognise him before he strikes again.


The break-ins all took place in the W8 area of Kensington and Holland Park between Saturday, 3 March and Saturday, 21 April and are being investigated by Kensington and Chelsea police under Operation Redwulf.


Detective Constable Eve Kelly, from the proactive unit at Notting Hill, said: "The man behind this spate of burglaries is organised and diligent and has targeted wealthy properties with great care. Waiting until it is dark, he climbs into gardens looking for opportunities to scale walls and climb roofs and drainpipes. Once inside, armed with a torch and a rucksack, he takes his time looking through cupboards and drawers.


"He is not afraid to break in when families are at home, although I must stress he takes care not to be seen and has not physically harmed anyone. On one occasion he ransacked a property while the family including two young children were in the house and another time he was seen on camera creeping around while children and a nanny were in the house hiding in the bathroom having been alerted to his presence. The homeowner was abroad but checked in on his children via cameras in the house and was understandably horrified by what he saw. The suspect would have been aware that children were in the house due to the noise they were making.


"The value of the property stolen amounts to hundreds of thousands of pounds and includes items of highly sentimental value which are irreplaceable. This type of crime has a huge impact on not only the victims and their families, who no longer feel safe in their own homes, but upon the local community who are worried he will strike again. This man must be arrested.


"We would appeal for anyone with information to come forward - this man certainly isn't scared of heights and is fit and agile. Could he be a scaffolder or a builder, someone used to working at height?


"Likewise we would ask anyone who has been offered these distinctive items for sale to contact us immediately."

The burglar has struck five times:


- Saturday, 3 March at 18:30hrs on Argyll Road, W8: The suspect climbed to the top floor of a four-storey house and broke in through a window while the family were downstairs having dinner. As shown in CCTV footage released today, he made an untidy search of a bedroom while children were in the bath in the next room. The suspect made off having stolen a £30,000 rose gold Rolex watch (image also released today) and cash and bank cards.


- Thursday, 12 April at 21:20hrs on Cottesmore Gardens, W8: The suspect got in through a bedroom window minutes after the family had gone out. He activated the house alarm but managed to make off with jewellery worth £20,000 including a 1950s vintage men's Rolex watch and foreign currency.

- Saturday, 14 April at 20:10hrs at a flat in Palace Gardens Terrace, W8: The female victim was out and came home to find the burglar had got inside through a high fourth floor window and stolen cash and jewellery worth around £35,000. The items stolen included sentimental pieces that belonged to her late mother; a solitaire emerald-cut diamond engagement ring with a stone around two carats and on a platinum band and a vintage ladies' Omega watch with no numerals on it.


The victim said: "This burglary has made me feel very sad. The fact that someone came into my house uninvited and rifled through my possessions is distressing. The items which were stolen were of huge sentimental value as they belonged to my late mother. She wore the ring and watch every day and they have been in our family for more than 70 years.”

- Monday, 16 April at 22:40hrs on Victoria Road, W8: While the victim, her husband and children were at home, the suspect broke in through an upstairs window to steal around £185,000 of designer bags, including Hermes, Louis Vuitton and Kelly.

The victim said: "I was at home with my husband and children when this man broke in. It is truly horrible to think someone was rummaging through our property as my husband and I were downstairs unaware of what was going on and my children were sleeping nearby. It has made us all feel really nervous about being in our home, a place where we should feel safe.

"I would ask anyone with information about this man to please come forward and speak to the police as soon as possible."

- Saturday, 21 April at 21:05hrs on Brunswick Gardens W8: The homeowner was abroad but via the property's security cameras saw the burglar jumping over a rear garden fence and getting into the house through open patio doors. He rummaged through a dressing room with the homeowner's children and nanny on the floor above but may have been disturbed as he left without stealing anything.


The suspect is described as white, aged between 20 and 40, and of athletic build with a shaven head and facial stubble. He has been pictured wearing a hooded jumper or jacket with zips on the left arm and chest, a black cap, a rucksack with waist straps and a carabiner clip on the outside of the bag, and black trainers with thick white soles.

Anyone with information is asked to call Kensington and Chelsea police on 020 8246 0122, quoting Operation Redwulf, or tweet @MetCC.


To remain anonymous, call Crimestoppers on 0800 555 111 or contact them via crimestoppers-uk.org

The Palace Garden Terrace victim is offering a reward of up to £40,000 for the safe return of her mother's engagement ring and watch. Anyone who can help should contact her directly on 020 3195 3999. 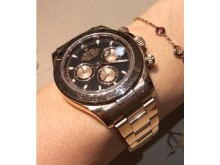 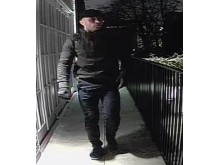 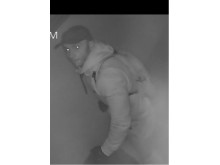 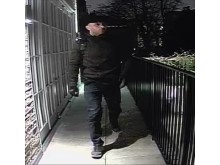 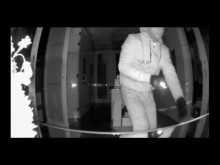 CCTV footage of the first burglary in Argyle Road