Detectives investigating a murder in Newham are appealing for witnesses or anyone with information to come forward as they name the victim as 18-year-old Abubakkar Jah, who was also know as 'Junior'.

An investigation was launched after police were called at approximately 14:45hrs on Monday, 26 April to reports of an injured man in Coolfin Road, E16.

Officers and London Ambulance Service attended. At the scene, Junior was found suffering from knife wounds. It was later established that he had also been shot.

Despite the best efforts of medics he sadly died at the scene.

His next of kin have been notified, however, formal identification is yet to take place.

A post-mortem examination was carried out on Wednesday, 28 April at East Ham Mortuary and found the cause of death to have been knife and gunshot wounds.

There have been no arrests and enquiries into the circumstances by homicide detectives from the Met’s Specialist Crime Command continue.

Detective Chief Inspector Mark Wrigley, leading the investigation said: “The investigation is still at a very early stage and we’re in the process of carrying out detailed forensic, CCTV analysis and house to house enquiries to establish the exact circumstances around this murder.

“We believe that Junior was approached by a man in a car and was shot and stabbed by that same man.

“Were you in the area around the time of the murder? Do you have dashcam footage from Coolfin Road from that time? Do you know who committed the offence and why? My team is ready to hear from anyone who has something to tell us, no matter how small - the information you hold could prove to be vital to helping progress this investigation.”

Alternatively, you can provide information 100% anonymously via the independent charity Crimestoppers by calling 0800 555 111 or visit crimestoppers_uk.org.

= Hard calls save lives. Are you close to someone on the fringes of knife crime? Do the right thing, please give information, 100 per cent anonymously, through the independent charity Crimestoppers. 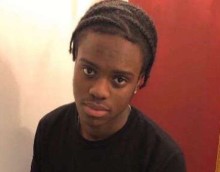 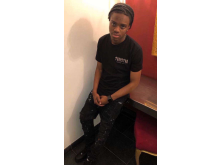