Detectives investigating the tragic death of 15-year-old Alfie Lawton are appealing for witnesses or anyone with information to come forward.

Police were called at 18:59hrs on Monday, 8 February, to reports of an unresponsive male found in Green Lane Recreation Ground, New Malden, near to the railway lines.

Officers attended, and despite the best efforts of the members of the public who found him and the London Ambulance Service, Alfie was sadly pronounced dead a short time later.

His next of kin have been informed.

Alfie's death is being treated as unexplained, but not suspicious, and a post mortem is currently being scheduled.

The Met's South West Local Investigations team are leading the investigation into the circumstances of the incident and enquiries are ongoing.

Police are urging anyone who was in or around Green Lane Recreation Ground on the evening of Monday, 8 February, or who may spoken with Alfie in the days before his death, to get in touch. 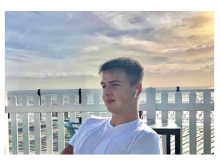