Detectives investigating the murder of Norwegian student Martine Vik Magnussen are renewing their appeals for the person sought in connection with her death to return to the UK.

It is now 12 years since 23-year-old Martine was killed in central London after spending the night with friends on 14 March 2008.

Farouk Abdulhak, who is now aged 33, was quickly identified by the investigation team as a suspect for Martine’s murder. Abdulhak fled the UK within hours of Martine’s death, travelling to Egypt and then on to Yemen.

“Over the past 12 years, Martine’s family and my investigation team have kept this case in the public’s thoughts, raising it again and again with each passing anniversary. It must be clear to Farouk Abdulhak, the person sought in connection with Martine’s murder, that this matter is not going to go away and that his status as a wanted man will remain.

“The dignity, resolve and courage shown by the Magnussen family over the past 12 years has been in stark contrast to the conduct of Abdulhak. He has chosen to flee, chosen to hide, hoping this matter would all go away – the actions of a coward.

“It must be clear to him now, 12 years later, that the studies he embarked upon in the UK, the plans he was making for his future, can never be realised whilst this matter is unresolved. I would appeal for him to return to the UK to assist this investigation. I appeal for anyone who has contact with Abdulhak to make him see sense and to advise him to return to the UK. He can never have a normal life whilst remaining wanted and in hiding.”

Police launched an investigation after Martine’s friends reported her missing to police on 15 March 2008. Martine had been out celebrating finishing her end of terms exams with her friends at the Maddox nightclub in Mayfair – she left them in the company of Abdulhak at around 02:00hrs on 14 March 2008.

On 16 March 2008, officers making enquiries to trace her visited the residential block where Abdulhak lived on Great Portland Street in Westminster, where they discovered her body at approximately 10:30hrs. Attempts had been made to conceal her beneath rubble.

A post-mortem examination gave cause of death as compression to the neck. She had also been raped. An inquest at Westminster Coroner's Court on 24 November 2010 recorded a verdict of unlawful killing.

Anyone with any information that could assist the investigation is asked to contact the incident room on 020 8358 0300. You can also contact the independent charity Crimestoppers anonymously on 0800 555 111. 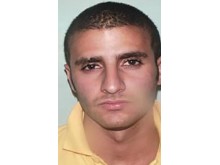 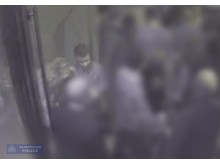 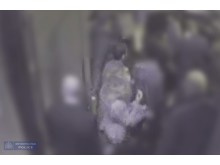 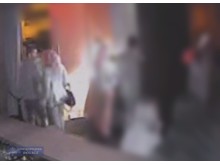 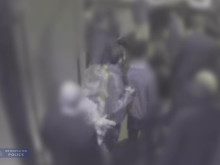 CCTV of Martine and Abdul...