One week on from the murder of 15-year-old Joseph Marafini in Wandsworth, detectives are appealing for anyone with information or footage to come forward.

Police were called at 16:58hrs on Thursday, 29 October to reports of a fight outside a supermarket on Garratt Lane, SW18.

The first victim was taken to hospital where he later died. He was formally identified as Joseph Marafini, 15 (12.11.04), of Wandsworth.

The second victim’s injuries were not life threatening.

An investigation was launched by detectives from the Met’s Specialist Crime Command (Homicide) and Joseph’s family continue to be supported by specially trained officers.

A post-mortem examination found the cause of death to have been a stab wound to the neck.

Detective Chief Inspector Vicky Tunstall, leading the investigation, said: “This incident took place outside a busy supermarket and I am confident that there are people who saw the suspects, or witnessed the actual incident, but have not yet come forward.

“Were you shopping around the Sainsbury’s area of Garrett Lane at around 5pm on the day of the murder? Did you see a group of five young males around the Southside Shopping Centre and other retail outlets?

“Anyone with dash-cam, mobile phone or Ring.com footage of the suspects or the events before, during or after the murder should contact my team without delay.

“There are a number of ways you can assist our investigation - footage can be submitted directly to us online, or information can be passed to us by phone or anonymously through Crimestoppers.

“No matter how insignificant your information may seem, please do take the time to share it with us, it could be a missing piece in the puzzle, or it may confirm an existing line of enquiry and help us to clarify the circumstances surrounding Joseph’s death.”

There was only one Joseph. He was an adored son and loving brother.

Together we shared an unbreakable bond and he would light up my heart with his smile. Joseph was gentle, loyal and would always help those he felt were vulnerable. He was a best friend to his brother and his father described him as ‘his brightest star’.

Joseph wanted to be successful, study Economics, and contribute something positive to the world.

He was only just beginning to plan for life’s adventures. We were so proud of Joseph.

As a family we are broken hearted and our grief is unimaginable. We would like to thank everyone who tried to help Joseph that afternoon.

We kindly request that our privacy be respected during this very difficult time.

+ Anyone who has information, video or images that could assist police should visit https://mipp.police.uk/operation/01MPS20R62-PO1 , call 101 or Tweet @MetCC quoting 5042/29 OCT.

We understand that some people may not feel comfortable speaking directly with police. If you have information but would like to remain 100% anonymous, please contact the independent charity Crimestoppers on 0800 555 111 or visit their website where you will not even be asked for your name. 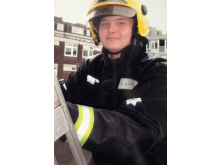 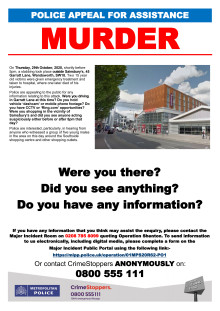