Detectives are appealing for help to identify a man in connection with a robbery committed on board a bus in the Broadway area of Bexleyheath.

At approximately 18:00hrs on 28 August 2020, a 17-year-old male, who was travelling on the upper deck of a route 89 bus, was confronted by the suspect who threatened to stab him.

The victim handed over a quantity of cash before the suspect got off at Ruskin Drive. The victim was not injured.

Detectives from the Roads and Transport Policing Command are investigating.

They have carried out a number of enquiries to trace the man, and have now released a CCTV image in the hope that someone will come forward and identify him.

Anyone with information is asked to call police on 101 quoting reference CAD 5533/28AUG20. 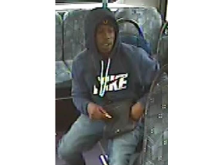 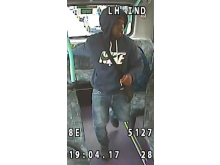 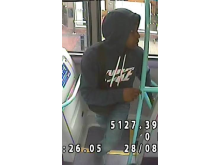