Detectives investigating the murder of Christopher George in Enfield last week are releasing an image of a car they urgently want to trace.

The dark grey Audi A4 was seen near the scene shortly after the fatal shooting.

Officers are keen to hear from anyone who saw the car leaving the scene or knows its current whereabouts.

Officers were called to the sound of gunshots and in Sebastopol Road, N9, and found Mr George with gunshot injuries.

Despite the efforts of officers and paramedics, he was later pronounced dead at the scene.

His family has been informed.

A post mortem carried out Friday, 31 July and gave the provisional cause of death as a gunshot wound to the chest.

It is believed Mr George was sitting in a black Mercedes when he was approached by two men who were both on foot.

Seconds after they approached him, Mr George was shot at close range.

The two men then ran to a car and drove off towards Felixstowe Road.

The officer in charge of the investigation, Detective Chief Inspector David Hillier, said: “It is now one week on from the murder of Christopher and today officers will be in the area conducting more house-to-house enquiries and distributing appeal leaflets. I would ask anyone with information about the shooting, or the grey Audi, to get in contact. We need the community’s help to understand why Christopher was murdered in such a ruthless manner. Anyone with information should speak to us, you will be fully supported and also doing the right thing.”

Any witnesses or anyone with any information is asked to call police on 101 or contact via Twitter @MetCC. Please quote CAD 7664/29JUL
To give information anonymously contact Crimestoppers on 0800 555 111 or online at crimestoppers-uk.org

If you are worried about a family member friend getting caught up in violent crime and don’t want to speak to the police, contact Fearless: https://www.fearless.org/en they are a totally independent charity and remain 100 per cent anonymous, they never ask your name and they cannot trace your call IP address or device you use. 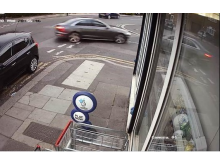 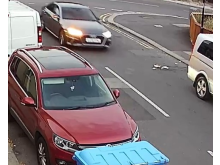