Detectives investigating an allegation of racial abuse are appealing for help to identify four males.

At around 20:55hrs on Sunday, 24 May, the female victim, who is aged mid-20s, was walking on Hampstead Heath, NW5 when she was approached by four males.

The males attempted to engage the victim, near the Highgate Men’s Pond, but she declined to stop and continued walking away from them. At this point they began a verbal torrent of racial abuse.

The victim was understandably upset and shocked by the verbal attack and was able to capture footage of the suspects as they walked away.

Police have realised CCTV stills of four males they wish to identify and speak with.

Detective Sergeant Sam O’Callaghan, investigating, said: “For four men to verbally attack a lone female is beyond cowardly. The incident has left the victim shaken and nervous of being outside alone. If you can name any of the males shown in the images, or if you witnessed the incident but haven’t yet spoken with police, please contact us immediately.” 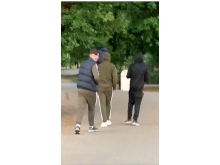 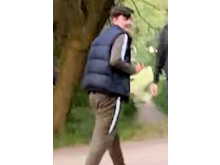 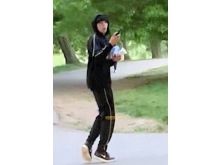 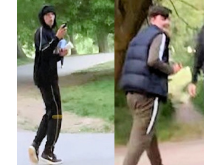