Detectives investigating a distraction burglary have released CCTV images of the suspect.

On Wednesday, 10 February at around 14:00hrs, a man knocked at an elderly couple’s house in Newham and falsely introduced himself as a police officer.

He showed the couple a fake lanyard and warrant card and was allowed into the house.

The suspect then explained to the victims that he was investigating a fraud from 2020, which they had been victims of a few months before. This previous incident is also believed to have been conducted by the same suspect.

The suspect claimed that some counterfeit cash - which needed to be seized as part of the investigation - was inside their house.

He convinced the victims to let him inspect the property for the cash. Upon finding £1,700, the suspect told the victims that they were legally not allowed to keep more than £1,000 of cash in their house and so it would have to be taken to the police station.

The suspect called a car which he claimed to be an ‘unmarked police car’ which would take all of them to the station for interview.

The suspect is described as a white man, aged around 30 years old and approximately 5ft 9ins tall. He has dark, curly hair and introduced himself as “Officer Adam Morrison”.

The car the suspect used to drive off in was black and believed to have been on false plates. It had a registration of OY55NFF and ANPR cameras suggest it could be a Volvo.

Anybody with information, or who may know this man, is asked to call police on 101 or tweet @MetCC providing the reference CAD 3571/10FEB21. 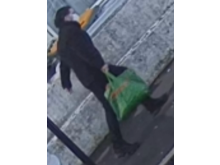 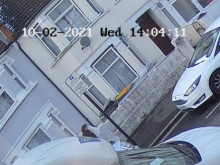