Detectives have released images of suspected stolen paintings and a ring in the hope of reuniting them with owners.

Three paintings and a high value ring are in the care of detectives who believe they were stolen from a home or vehicle in London, specifically within the south west area.

The items were recovered on 15 October after a man, aged 37, was subject to a stop and search in Battersea, SW11.

He was later released under investigation.

The paintings are dated and signed by an artist based in London who died a number of years ago, while the ring, a platinum band, is believed to be set with diamonds.

There is also a name on the back of one of the paintings which the team investigating may be able to use to corroborate who the rightful owners are, should anyone come forward to claim them.

Trainee Detective Constable Ben White, investigating, said: “These items are distinctive and we really want to reunite them with their rightful owners.

“They are clearly portraits of loved ones commissioned by a family, and if you know who they belong to, please contact us without delay – we are keeping them safe.” 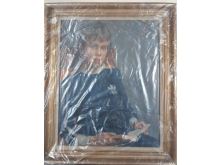 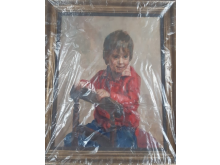 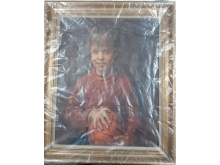 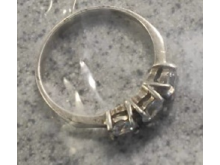