Detectives investigating a robbery in Croydon have released CCTV images of two men they would like to speak to in connection with the incident.

On Tuesday, 15 September at approximately 20:00hrs a man was with a friend in a shop on Portland Road, South Norwood, when he was confronted by a man he said he had never seen before.

The stranger was joined by another man, before they began to attack the victim. The man was head-butted, kneed in the head, and repeatedly punched as he lay unconscious on the floor.

The man was then dragged, unconscious, into the street where he was kicked in the head and stamped on. During the attack, which lasted approximately two minutes, a bag was taken from the man.

He is now recovering from a fractured eye socket.

An investigation was launched by the Met’s South Area Command Unit and, after officers conducted extensive enquiries, they are now appealing for the public to help them trace those responsible.

PC Luke Dowling, who investigates, said: “This was a sustained, remorseless attack that must not go unpunished.

“The man is incredibly lucky he didn’t escape with more serious injuries. We are working to trace those responsible and hold them to account.

“We are conducting thorough enquiries but I am appealing to the community to tell us what they know about this attack. Communities have a vital role to play in tackling violent crime and we urge anyone who may have information to tell us, so that we can tackle violence together. If the public work with the police, our streets will be safer.

“If you don’t want to talk to us directly, you can always anonymously speak to Crimestoppers in complete confidence.” 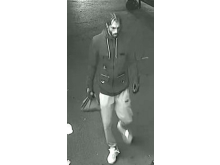 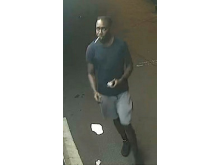