Detectives investigating an assault on a man in Ilford have released footage of the attack in a bid for witnesses to come forward.

The victim, aged 33, was with his fiend when they were approached by two other men, coming from the direction of Cranbrook Road.

The two men assaulted the victim by kicking and punching him and hitting him with a bicycle and a nearby storage crate.

The two men then left the scene towards Seven Kings.

London Ambulance Service also attended and the victim was taken to an east London hospital. He sustained a significant head injury. However, his injuries are not life-threatening and he has since been released from hospital.

Detective Constable Danielle Adams, said: “This was a seemingly unprovoked attack which left the victim needing hospital attention for a serious head injury, which could have been much worse. Thankfully the victim has not been left with any long term medical issues as a result of this attack.

“I would ask everyone to have a good look at this footage, do you recognise either of these men? If you do, or if you witnessed anything that night, please get in touch with police as soon as possible. It is really important that we identify these two men as quickly as possible.”

Anyone who can help police is asked to call 101 or tweet @MetCC, quoting CAD9770/05NOV20. You can also provide information anonymously via the independent charity Crimestoppers on 0800 555 111. 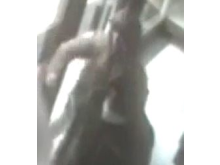 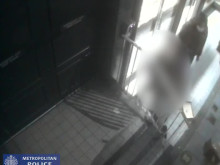 Assault on man in Ilford