Police are appealing for assistance in tracing a man sought in connection with the theft of three rings, collectively worth more than £2 million, from an event at the Royal Hospital Chelsea in 2017.

He is Vinko Osmakcic, a Croatian national believed to be responsible for a number of high-value diamond thefts throughout Europe.

Detective Sergeant Chris Taylor, from Kensington and Chelsea CID, leading the investigation, said: “This was a well-planned and audacious theft committed in the middle of a busy art fair. We are re-releasing the image of Mr Osmakcic in an attempt to trace him. It is highly likely that Mr Osmakcic may be out of the UK, possibly in Europe. He may also be known by the following name Vinko Tomic or Juro Markelic.

“I am asking anyone who knows his whereabouts to contact police or Crimestoppers so we can bring him to justice.”

Anyone who can assist police is asked to call Kensington and Chelsea CID on 020 8246 0122 quoting Operation Hestia or report information via Twitter @MetCC.

To give information anonymously call Crimestoppers on 0800 555 111 or visit crimestoppers-uk.org.

= Details about the stolen rings:

- All three rings have diamond-encrusted bands. 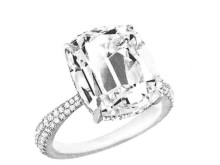 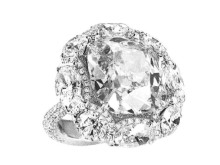 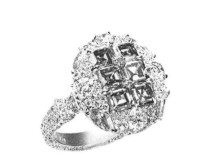