Detectives have re-released CCTV footage of a man they want to speak to after a brutal unprovoked attack on a pensioner at a north London launderette.

It featured on BBC One’s ‘Crimewatch Live’ on Tuesday, 16 March as Detective Constable Jonny Bywaters once again appealed for information.

The assault took place after a man violently pushed open the door of a launderette in Brent. He approached the 78-year-old male victim, ripping his t-shirt then pushing him against one of the machines.

The retired welder fell hard onto the floor, suffering four broken ribs, as the suspect ran from the scene.

In a bizarre turn of events, the attacker returned shortly afterwards and kneeled down to apologise to the victim, telling him it was only a ‘joke’. He then attempted to give the victim £20 telling him he could use the money to finish his laundry.

The victim was taken from Mordaunt Road to a nearby hospital by ambulance. He was admitted for a week and continued to be in pain for many months.

The attack took place around 11:30hrs on Saturday, 6 June 2020. The suspect arrived in a car with two other men, but they were not involved in this incident.

There have been no arrests to date.

DC Jonny Byswater, from North West Basic Command Unit, who is investigating, said: "I would like to continue to ask people to look at the CCTV footage and see if they recognise this man, then do the right thing and contact police.

“I believe someone out there will recognise this man and be able to tell us who he is. This was a frightening and cowardly attack on an innocent victim and it is imperative we find the person responsible.

“The victim and his family were left terrified following the callous actions of a man who preyed on a vulnerable, elderly person. We are doing everything we can to get justice for the victim and to make sure those responsible face the consequences of their actions.” 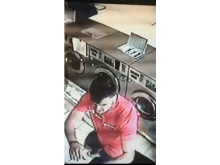 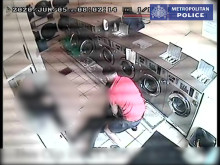 Can you name him?