Police are appealing to trace a man in connection with a rape in Ilford.

At around 03:30hrs on Wednesday, 25 November 2020, a woman was bundled into a car by two men on Ilford High Road. She was driven a short distance away, where she was raped inside the vehicle.

The woman, who is aged in her 20s, also sustained facial and other injuries as a result of being repeatedly punched.

The males drove off with the woman, but she managed to escape from the car in the Ilford area and seek help. Police attended the location and the woman has been receiving the support of specialist officers.

On 27 November 2020, three men were arrested in Lincolnshire in connection with the investigation, one of whom has since been charged with rape. The other two men have been released under investigation.

Detectives from the East Area Public Protection Unit are investigating, and they are appealing for assistance in tracing another male in connection with the incident.

A CCTV image of aman was obtained from a shop near to the scene of the attack. Officers are appealing for anyone who can identify this man shown in the CCTV image to contact them.

A man has been charged in connection with the investigation. 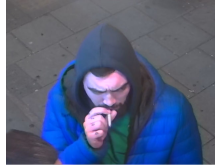 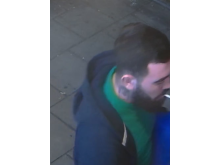