Police are keen to know the whereabouts of missing man Lautaro Ruggei, aged 21,who was last seen by friends in the area of Tottenham Court Road on Wednesday, 13 June.

When last seen Lautaro appeared upset and officers and his friends are increasingly concerned for his wellbeing.

Lautaro is described as an Argentinean male of medium build with fair/blonde hair worn in dreadlocks.

Anyone who has seen Lautaro or knows his whereabouts is asked to call Central North Command Missing Persons Unit by dialling 101 or by calling Missing People on 116000. 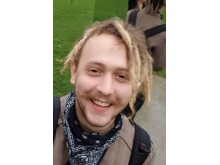