Detectives investigating the murder of a man in 1983 have made an arrest and are appealing for assistance to trace any known relatives of the victim.

In December 1983, police attended Windmill Court in Shoot-Up Hill, NW2 after 50-year-old Christopher Ainscough was found deceased inside his address. It is believed he had been attacked sometime between the 2 and 5 December 1983.

Christopher, who was born in Dublin, had suffered significant head injuries. An investigation was launched but his attacker was never identified.

At the time of his murder, officers attempted to trace and inform next of kin but were not successful, and over the course of time this has remained the case.

“It is nearly 40 years since Christopher Ainscough was murdered and given the significant development in this investigation, we are now putting renewed vigour into identifying his next of kin so we can inform them of this latest news.

“If you knew Christopher or his family circumstances then please get in touch – we want to let his family to know that Christopher remains at the centre of our thoughts and we are doing all we can to get justice for him and his loved ones.”

The investigation into Christopher’s murder was reopened after someone attended a police station towards the end of 2020, claiming to have knowledge of the incident.

On Tuesday, 2 February a 58-year-old man was arrested on suspicion of murder and remains in custody at a south London police station. 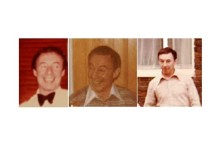 Man charged with murder of Christopher Ainscough in 1983

Anthony Kemp, 58, was charged with murder and has been remanded in custody to appear at Wimbledon Magistrates' Court today, Wednesday, 3 February. 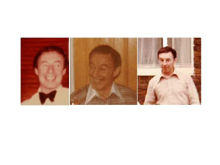