Detectives are releasing CCTV in order to trace a significant witness to a large fire in Sutton.

Police were called at 01:29hrs on Monday, 9 September to reports of a fire at a block of flats on Sherbrooke Way in Sutton.

At one stage 20 fire engines were tackling the blaze, the damage caused was extensive and the financial loss considerable.

Thankfully no one was injured, but a large number of residents were evacuated as a result of the fire with significant and irreparable damage to the building.

Detective Sergeant Chris Tucker, said: “We have now identified a previously unknown witness on CCTV footage from the building. While the footage is not great, I am sure it will remind the witness of the incident and someone close to the witness may be able to say who he is. This person may be able to provide key information about the location and cause of the fire and I am appealing for him to come forward and tell us what he knows.”

Any witnesses or anyone with any information is asked to call police on 101 or contact via Twitter @MetCC. Please quote 4010869/19. 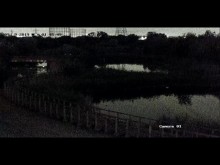