Detectives investigating the fatal stabbing of 18-year-old Kamal Nuur in Islington are seeking the public’s help in tracing two males captured on CCTV fleeing the scene on a bicycle.

The CCTV images show the suspects in North Rd at 19:58 hours on Monday, 14 September cycling towards York Way after the attack. The suspects are cycling at speed and continue into York Way and Brecknock Road. They head towards Leighton Road and travel on the footway at speed.

Police were called at 20:00hrs on Monday, 14 September to North Road N7, after a male was found suffering from stab injuries.

He was treated by paramedics at the scene but despite their best efforts, Kamal was pronounced dead.

A post mortem conducted on 17 September confirmed that Kamal died as a result of stab wounds inflicted in the attack.

It is understood that Kamal was chased and attacked in Goodinge Close, N7 just off North Road by two male suspects who then fled in the direction of York Way.

Detectives from the Specialist Crime North Command are investigating.

DCI Andy Partridge said: “ These images are significant as we piece together the events that led to the attack on Kamal. He suffered horrific injuries in the attack that took place and was set upon for no apparent reason.

“I believe the public can assist in not only telling us where these suspects were heading to, but also someone will know who they are. Such grotesque, brazen acts of violence cannot be acceptable, anyone providing information can have the assurance it will be held in the strictest confidence.

“Those responsible do not deserve any protection; Kamal’s family are shocked at his death and will never come to terms with losing him in such a violent way’.

At this time there have been no arrests.

To remain 100% anonymous, contact the independent charity Crimestoppers on 0800 555 111 or visit crimestoppers-uk.org. 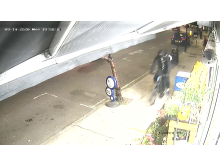 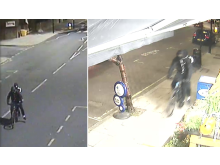