In a bid to reduce increased non-emergency calls via 999, the Met has released examples of nuisance calls which potentially could be putting Londoners at risk.

Last weekend, the Metropolitan Police Service’s Command and Control Room (MetCC) were inundated with increased calls to both the 999 and 101 number.

As well as dealing with emergency calls, operators were also dealing with people who were dialling triple nine unnecessarily. A staggering 60 percent of calls to MetCC were in fact not an emergency and did not require the urgent attention of officers.

Chief Superintendent David Jackson, said: “Last weekend, Met call handlers received 13,905 emergency calls via the 999 number. 11,527 of these calls were not an emergency.

“The 999 number is available to support people who are in danger or are witnessing a crime taking place.

“Our call handlers were kept minutes on the phone for non-emergency calls. This isn’t acceptable, these seconds and minutes are precious and could really be the difference between catching a crime in progress or very seriously, a difference between life and death.

“I say this not to dissuade you from contacting us, we are here to protect the public, however I do urge you to think before you dial.

“Are you in danger? Is there a threat to life? Can you see a crime being committed? If not then don’t call 999.

“Please call 101 or report online, these services are in place so we can respond accordingly to risk and keep all of London safe.”

If you wish to speak with the police and it is a non-emergency, please call 101 or report online.

+ Examples of non-emergency calls since January 2021 include: 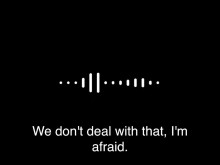 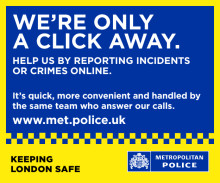