A man has been arrested following the fatal stabbing of Ricardo Fuller in Ilford.

The 21-year-old man [B] was arrested on Saturday, 14 March on suspicion of assisting an offender.

He has since been released from police custody under investigation.

Police were called approximately 05:05hrs on Saturday, 7 March to reports of a man suffering stab injuries inside a nightclub in Ilford High Road.

The victim, who has since been formally identified as 24-year-old, Ricardo Fuller, was taken to an east London hospital for treatment; he died in hospital at 11:41hrs.

At this early stage it is believed Ricardo had attended the nightclub where an event was taking place. He had gone outside when he was attacked and chased before he made his way back inside the venue.

A 29-year-old man [A] arrested on suspicion of murder has been released on bail until a date in early April.

Homicide detectives from Specialist Crime investigate and ask any witnesses or anyone with information to contact police on 101 or tweet @MetCC and quote CAD1562/7Mar.

Alternatively, to remain anonymous you can all the independent charity Crimestoppers on 0800 555 111. 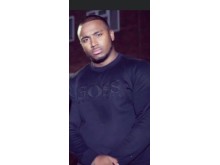