A total of 20 men and women have been arrested on suspicion of human trafficking and modern slavery offences following early morning warrants carried out in south London.

A multi-agency investigation was launched after concerns about vulnerable individuals being employed in the venues were raised to Southwark Local Authority and the Met in July 2019.

The investigation, led by officers from Central Specialist Crime, was developed over the space of five months, culminating in these search warrants.

The 13 arrested for Modern Slavery offences remain in custody. The remaining seven have been referred to the Immigration Service.

The operation involved more than 150 individuals, including 100 officers from across the Met, immigration services, Southwark Council, social services, the NHS, and a range of charities dedicated to supporting the victims of such circumstances.

A total of 24 people – 19 adults and five children - found inside the addresses were supported by specially trained officers and escorted to a nearby reception centre where they received medical treatment and support.

5,618 items, including counterfeit cigarettes and a Range Rover have been seized as part of the operation.

Detective Chief Inspector Mark Rogers, from the Met’s Central Specialist Crime, said: “I am pleased with the results of this multi-agency operation which was launched to safeguard vulnerable individuals, identify perpetrators of crime and ultimately protect the public.

“Human trafficking, modern slavery and sexual exploitation often occur in plain sight, and it is often the case those carrying out these offences exploit those from less fortunate backgrounds who have travelled to our county for a better life. They prey on the knowledge these individuals will carry out hard, labour-intensive work to provide for themselves.

“The Met is entirely committed to tackling these crimes and protect the most vulnerable of people in our communities. We will continue to work closely with our partners as we have on this particular operation, to target those involved in this criminality and prevent them from exploiting innocent individuals any further.

“I hope this operation continues to raise the public’s awareness of these shocking crime types, and sends a clear message to those involved that we will work with all agencies and law enforcement to identify and bring them to justice.”

Cllr Victoria Mills, from Southwark Council, said: “We have supported the Met with this operation. Our primary concern is the safety and wellbeing of the women, children and other vulnerable adults, caught up in this despicable trade. Our officers are working with the police, specialist Vietnamese charities, the Salvation Army, social care and other support staff, to help those who wish to access support.” 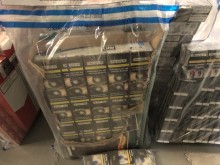 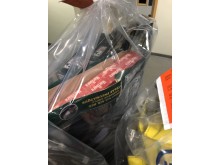