The investigation into a man missing from Barking and Dagenham continues, led by the East Area Command Unit.

Dennis Farnall, 62, was reported missing from his home address in Stanley Avenue, Barking on 21 December.

He was last seen on 20 December in the Thames View area of Barking.

He was wearing a black coat, dark trousers and dark shoes.

Dennis is known to frequent Farr Avenue and Bastable Avenue in the Thames View area of Barking.

Dennis’s family and police remain very concerned for his welfare and continue to appeal for anyone who has any information to make contact.

Owing to the length of time that he has been missing, Dennis continues to be treated as a high-risk missing person, and officers are investigating potentially suspicious circumstances to establish whether he has come to any harm.

As part of the investigation, on 24 December officers arrested a 53-year-old man [A], a 24-year-old man [B] and a 47-year-old woman [C] on suspicion of robbery and kidnap.

A 20-year-old woman [D] was also arrested on on 24 December on suspicion of robbery, kidnap and perverting the course of justice.

All four have been released under investigation.

A number of crime scenes in Barking have been established and searched as part of the investigation.

Police are aware of speculation and can confirm that a body has not been recovered from the area.

Anyone with information can also call the independent charity Crimestoppers anonymously on 0800 555 111. 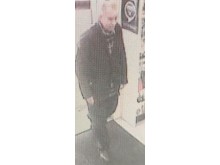