Detectives investigating sexual assault on London buses have issued seven images of six people they are keen to identify and are asking for help from the public to name them.

Detective Inspector Cindy Yau, Road Traffic Policing Command said: “Maintaining a safe network for those travelling on buses is vital. Sexual assaults on buses in London are a very rare occurrence and when they do happen, these investigations are prioritised.

“The technology available to us is very strong and we encourage anyone who is a victim of or a witness to this kind of assault to contact police.

“On conviction we will always strive for the harshest possible sentence and also seek orders to be made preventing offenders from using the bus network wherever possible.”

[A] Police are seeking to identify and speak with this man in relation to a case of sexual assault. The incident took place on board a Route 141 bus at Arcadian Gardens, N22 on Wednesday, 11 March at 10:50hrs. The bus was heading south towards Wood Green Tube Station when the offence happened.

[B] Police are seeking to identify and speak with this man in connection with a case of sexual touching on board a Route 492 bus on Tuesday, 04 February between 09:30hrs and 09:45hrs. The bus was running by the Crayford Road stop when the incident happened.

[C] Police are seeking to identify and speak with this man in connection with a case of sexual touching on board a Route 230 bus on Friday, 28 February at 15:30hrs. The bus was running between Walthamstow and Wood Green. The man alighted the bus at the Hazelwood Road stop on Blackhorse Road.

[D] Police are seeking to identify and speak with this man in connection with a case of sexual touching on Thursday, 04 July 2019 at approximately 22:30hrs. The incident took place on board a Route 48 bus between London Bridge and Clapton shortly before the Mare Street stop.

[F] Police are seeking to identify and speak with this man in relation to a case of exposure on Monday, 1 June at approximately 10:00hrs. The offence took place at a bus stop near to the Sainsbury’s Supermarket, Northumberland Park.

Detective Inspector Yau added: “These despicable acts are unacceptable, and will not be tolerated and we will continue to do all we can to make bus routes safe for those travelling.

“If you recognise any of these men, please call police on 101.”

Siwan Hayward, Director of Policing for Transport for London said: “No one should experience sexual assault on our transport network. We are appalled to learn of these incidents on London’s buses and are working closely with police to ensure these offenders are caught and brought to justice as soon as possible.

“We’d like to reassure our passengers that there is an extensive network of CCTV cameras operating across London’s transport network and all reports of sexual assault are taken extremely seriously and fully investigated. We’d urge anyone who recognises these men or has information about the assaults to please report it to the police.”

Anyone with information is asked to contact police via 101 or tweet @MetCC. To remain 100% anonymous call the independent charity Crimestoppers on 0800 555 111 or visit crimestoppers_uk.org. 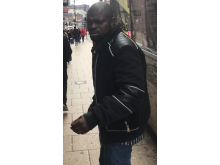 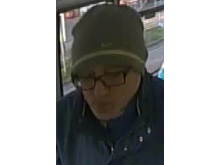 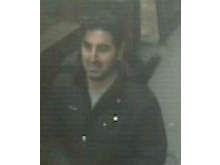 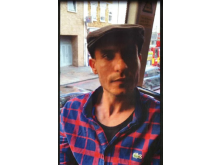 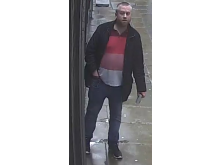 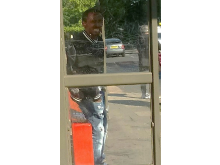 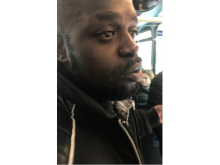 Person 'A' [aboard the bus]