Police officers from across the Met have carried out a targeted operation to tackle offences that can often blight the lives of local communities.

On Saturday, 29 May, officers deployed a series of tactics to combat violence, drug offences and thefts, whilst also providing crime prevention advice in north Westminster.

Units from the Central West BCU – which covers Westminster – were joined by colleagues from the Roads and Transport Policing Command, Violence Suppression Units and Operation Venice.

Static stop sites were implemented at two locations on the borough to target any offenders who may use London’s roads to distribute drugs. Officers also patrolled the area on foot and in cars to crackdown on violence and knife crime.

Six vehicles were seized for offences including driving without insurance and driving not in accordance with a licence.

Officers were also joined by members of the Met’s Volunteer Cadets, who carried out test purchase operations to discover whether any shopkeepers sold knives or alcohol to underage customers. Two premises will be prosecuted for selling alcohol.

PC Tarik Hardadou, said: “It is vitally important that we listen to the communities we work with as they can provide us with valuable intelligence regarding what types of crimes are committed locally. We are determined to crackdown on offending which can impact the lives of residents and businesses.

“Bearing down on violence remains the Met’s top priority, and operations such as the one carried out in Westminster, play their part in achieving this.”

One person was arrested on suspicion of possession with intent to supply Class B drugs. 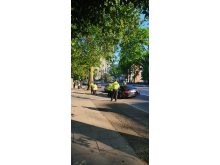 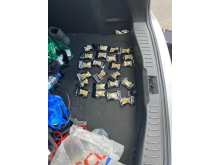