Detectives investigating an allegation of rape in Forest Gate have released video footage of a man they would like to speak to.

At around 22:30hrs on 31 August 2020, a woman sitting on a bench in Forest Lane Park, E15, was approached from behind, dragged to the ground and attacked.

The park is located roughly half way between Maryland and Forest Gate stations, just off Forest Lane which runs parallel to the railway line. It was closed at the time of the incident and officers believe the victim had climbed over the fence before being followed by her attacker.

The pair had spoken to each other earlier in the night and had visited an off licence in nearby Wellington Road at around 22:10hrs. CCTV footage from the shop shows the man officers wish to speak to wearing black jogging bottoms and a grey zipped hoodie over a white t-shirt. He had a black sling bag (similar to a bum-bag) across his chest.

He has been described as black, approximately 5ft 11 tall, of large build and aged in his early 20s.

Officers have reason to believe he may originally be from Gambia and that he may also have spent time in France.

Detective Constable Philip Blore, North East BCU safeguarding unit, said: “This was a shocking attack in an isolated location, late at night, that left the victim understandably distressed. We are determined to find the person responsible and are pursuing all possible lines of enquiry.

“We think it’s likely that someone might have seen the man in the footage we’re releasing today, either on the night in question or at another time. It is vital that anyone with information – however insignificant – comes forward to speak to us.

“I would also appeal to this individual directly. If that is you in the video, please come forward so we can speak with you.”

Anyone who can help to identify the man, or who has information about this incident, should call 101 or tweet @MetCC quoting CAD7995/31AUG. Alternatively they can call Crimestoppers, anonymously, on 0800 555 111. 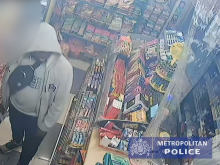 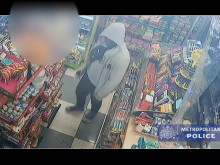