Three people have been sentenced after a man was assaulted with a metal bar in Tottenham.

Detectives investigating the attack in November 2019 have also issued an image of a man they wish to trace as part of their investigation.

[A] Che Allen-Gulley, 24 [10.01.97] of Baronet Road, N17 was found guilty of causing grievous bodily harm following a trial at Wood Green Crown Court on 27 October 2020. He was sentenced to nine years’ imprisonment.

[B] Jermaine Chisholm, 35 [25.11.95], of no fixed address, pleaded guilty to causing grievous bodily harm at Wood Green Crown Court on 20 October 2020. He was sentenced to seven years and six months’ imprisonment.

[C] A 17-year-old boy pleaded guilty to causing grievous bodily harm at Wood Green Crown Court on 20 October 2020. He was sentenced to two years in a young offenders’ institution, suspended for two years.

All three were sentenced at Wood Green Crown Court on Friday, 19 March.

Officers attended and found a 53-year-old man with injuries to his head and body. He was taken to hospital by London Ambulance Service.

He was subsequently discharged, however the injuries continue to affect him today.

The victim had been riding his bicycle along Tottenham High Road when he became involved in a confrontation with a group of males at the junction with Cedar Road.

He was surrounded by the group who subjected him to a violent and sustained assault. He was kicked several times and attacked with a metal bar.

The assault was brought to an end when a passing ambulance came across the incident and alerted police. The suspects fled the scene.

An investigation began and detectives from North Area CID carried out several enquiries, including reviewing CCTV and mobile phone footage of the incident.

They were able to identify three of the group who were subsequently arrested and charged.

Enquiries to locate the other males are ongoing and officers have released a CCTV image of a man they want to speak to in connection with the assault.

Detective Constable Simon Phillips, who led the investigation, said: “This was a sustained and ferocious assault by a group of males against a lone victim. I hope this sentence offers the victim some comfort and allows him to move on with his life.

“We are pleased to have secured this conviction and hope the sentences will serve as a deterrent and demonstrate that we will continue to take robust action against any person intending to inflict harm or use such violence on the streets of London.

“The investigation is not over. I would urge any members of the public who recognise the man in the image to contact police.”

In a victim impact statement, the victim said: “I am so grateful to the ambulance service and paramedics who stopped to assist me. I genuinely believe that the attack would have continued if it was not for their intervention and I would not be alive today.”

Anyone who recognises the man in the image or has further information about the assault is asked to call police on 101 quoting reference CAD: 433/25NOV19. 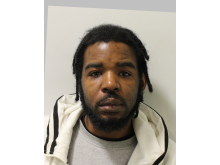 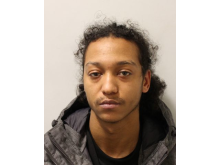