“Any young person can be radicalised – but they could be helped too,” is the cautionary but encouraging message from the head of the Met Police Counter Terrorism Command, after a promising student has been sentenced for right-wing motivated terrorism offences.

Today, Monday, 2 November, at the Old Bailey, Harry Vaughan, 18 (23.05.02) of south-west London, was sentenced to two years imprisonment, suspended for two years; a ten-year terrorist offender notification order; and ordered to attend a number of programmes including for deradicalisation, after admitting 14 terrorism offences and two child abuse image offences.

“Harry Vaughan is an intelligent young man who was predicted A-star grades and aspired to study computing at university. Yet online, he was an enthusiastic participant of right-wing terrorist forums. He made and published vitriolic graphics encouraging terrorism and signposted people to violent terrorist guidebooks online.

“His case illustrates it is possible for any young person to be susceptible to radicalisation, so today I really want to appeal to everyone to be as vigilant as possible for signs that a young, loved one may be in trouble. If you have any concerns at all, act decisively – talk to the police before it’s too late. We have officers who are specially trained and ready to help people who are becoming radicalised to choose a better life for themselves.”

Advice on what to look for and what to do if you have concerns about radicalisation can be found on the ‘Act Early’ website.

Those with concerns can report them to the Met Police, who has a team of specially-trained officers dedicated to helping people of all ages who are at risk of radicalisation.

On this point, Commander Smith said:

“If you are the person being radicalised, you may not realise it. You may be feeling confused, angry and alone. There may be a niggling voice in the back of your head questioning what you are doing. If this sounds like you, please reach out – we can help you, as we have many people before you.”

Those who do not seek help risk themselves or a loved one becoming more deeply radicalised. The radicalised person may subsequently go on to commit terrorist offences, potentially causing harm to themselves and others, and they face the very real prospect of arrest and imprisonment.

Detectives from the Met Police Counter Terrorism (CT) Command arrested Vaughan on 19 June 2019 after a national counter terrorism operation identified he was one of a number of individuals posting messages on an extremist website.

CT officers recovered a computer, mobile phones and Kindle from Vaughan’s family home. Forensic specialists were able to trace the activity on Vaughan’s computer from the first day he switched it on.

Vaughan’s terrorism convictions relate to specific documents, but prosecutors highlighted that the thousands of other files were evidence of the extreme mind-set underlying his offending.

- graphics encouraging acts of terrorism in the name of the proscribed organisation Sonnenkrieg Division;
- a guide to killing people;
- bomb-making manuals.

Detectives also identified that Vaughan had downloaded and watched two child abuse videos, classified category A - the most serious type.

In order to share his vile propaganda, Vaughan applied to become a member of two extremist websites. In his application form for one such site, he stated his ideology was “extremism” and that his intended accomplishments were to “share propaganda/archives/resources etc”.

“Vaughan sought to spread his poisonous views, to encourage others to commit acts of terrorism and to provide like-minded people with the information they need to kill people. Vaughan’s actions did not go undetected and counter terrorism police have ensured that he – like many before him – face justice.

“Please, if you are worried about yourself or someone else, let us know. Let us help before it’s too late.”

On 2 September, at Westminster Youth Court, Vaughan pleaded guilty to:

= one count of encouragement of terrorism, contrary to Section 1 of the Terrorism Act (TACT) 2006;

= one count of disseminating a terrorist publication, contrary to Section 2 TACT 2006 Terrorism Act 2006;

= 12 counts of possessing a document containing information of a kind likely to be of use to a person preparing or committing an act of terrorism, contrary to Section 58 TACT 2000

= two counts of making an indecent photograph of a child, contrary to section 1 of the Protection of Children Act 1978. 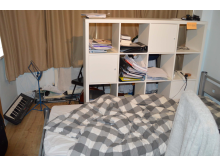 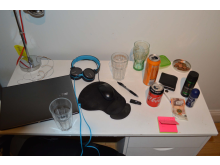