Ahead of the planned environmental protests (Extinction Rebellion processions) in central London tomorrow (Tuesday, 1 September), the Met has imposed conditions under Section 12 and Section 14 of the Public Order Act (1986) on those wanting to protest.

The conditions stipulate that:

1. The assembly can only take place in the off road area named as Parliament Square Gardens (This does not include the east footway, see red gridded area on map, Appendix A)

3. Numbers within the red gridded area on the map (Appendix A) must not exceed the numbers of persons which that area can hold while complying with any risk assessment for the event carried out on behalf of any of the organisers, including any imperative to comply with government social distancing guidelines.

1. The end of the procession must finish in the off road area named as Parliament Square Gardens. (see red gridded area on map, does not include the east footway, Appendix A)

2. The procession must NOT enter the area shown hatched in diagonal blue lines on map, (Appendix B)

3. No boat, vehicle, trailer or other structure (including component parts), may form part of the procession or join the procession at any point on its route or at its final location.

Failure to comply with these conditions may result in arrest.

Commander Jane Connors, the Gold Commander for London, said: “Ahead of a number of planned environmental protests due to take place in central London tomorrow, we have decided to impose conditions under Section 12 and Section 14 of the Public Order Act (1986) on protesters looking to assemble, and those looking to go on a procession.

“The reason we have implemented these conditions is that we know these protests may result in serious disruption to local businesses, commuters and our communities and residents, which I will not tolerate.

“If you take part in tomorrow’s assembly or processions and knowingly fail to comply with these conditions, or incite others to fail to comply, you may commit an offence and may be liable to arrest.”

The Met imposed conditions on those organising/wanting to take part in a “Honk for Hope” procession in the Westminster area today, Tuesday, 1 September. 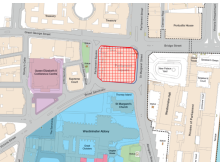 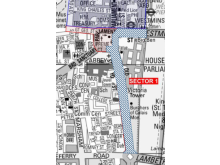 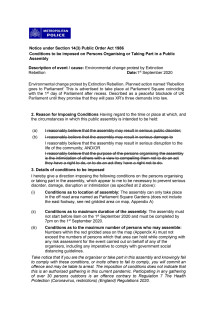