A convicted terrorist offender who broke the conditions of his release by not telling police his new employer had given him access to vehicles is going back to jail.

This followed an investigation by officers from the Met’s Terrorist Offender Management Unit (TOMU) which began after it came to light that in August 2019, Rowe had failed to declare access to vehicles.

Having registered with an employment agency to work as an HGV driver, Rowe accepted work with Serco, driving refuse lorries on behalf a local authority. Because he didn’t inform police of the access to the refuse lorries with a certain time period, he broke one of the conditions of his release, leading to the police investigation.

On 4 February 2020, charges were authorised by the Crown Prosecution Service and on 18 March 2020, he appeared in court where he denied the charges.

The case was referred to the Central Criminal Court and on 29 March 2021, Rowe admitted to nine counts of breaching a Part 4 notification under the Counter Terrorism Act 2008.

During this time, Rowe had been remanded on bail by the court.

Acting Commander Kevin Southworth, SO15, said: “This was a very serious breach and is exactly why the work of our Terrorism Offender Management Unit is so crucial. Our priority is to keep the public safe, and the requirements for terrorism offenders released into the community are so strict for this reason.

“Rowe was obliged to report the access to the vehicles within three days which he did not, therefore we took action to investigate and bring him before the court.

“Upon his release, Rowe will continue to be managed by police.”

+ Communities defeat terrorism, and information from the public is vital to counter terrorism investigations. If you see or hear something unusual or suspicious and think someone may be engaging in terrorist activity, trust your instincts and act by reporting it in confidence at gov.uk/ACT or, in an emergency, dial 999.

Visit the ACT Early website at www.actearly.uk to find out how you can seek help and support for anyone who you suspect has been radicalised, or is vulnerable. 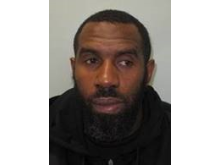