A county lines gang that trafficked a vulnerable London schoolboy to Wales where he was exploited as a drugs runner have been jailed for a total of more than 40 years.

Five men were sentenced over two days on Thursday, 29 July and Friday, 30 July at Kingston Crown Court as follows:

A sixth man, Kenneth Langrish, 36 (11.05.85), of Enfield pleaded guilty on the day of the trial to two counts of conspiracy to supply class A drugs and one count of arranging or facilitating the travel of another person with a view to exploit. He had previously pleaded guilty to possession with intent to supply class A drugs. He will be sentenced on a date to be confirmed.

County lines is the name given to drug dealing where criminals use phone lines to move and supply drugs, usually from cities into smaller towns and rural areas across the whole country.

The gangs exploit vulnerable people, including children and those with mental health or addiction issues, by recruiting them to distribute the drugs.

This investigation began when an autistic 15-year-old schoolboy from north London was reported missing on 10 September 2020. Enquiries revealed that he might be staying at an address in Swansea where he was running drugs for an organised crime group who controlled the ‘Gino line.’

As the missing person investigation continued, Elaouzi was arrested for an unrelated matter on 16 September 2020. During the course of his arrest he attempted to discard a mobile phone. The Gino line was active just five minutes before he was arrested and then ceased to continue.

On 17 September 2020, Jemy Capitao, who the court heard was the line-runner, went to a newsagents in Swansea and purchased two mobile phone top-up vouchers for a Nokia phone, which enabled the activation of the Gino 2 line. Bulk messages were sent from the phone later that night reading ‘the real Gino is back on bang bang both.’ Both refers to the crack cocaine and heroin they were selling.

On 25 September 2020, officers from South Wales Police attended a residential address in Swansea where they believed the missing teenager was, but he was not present. However, officers recovered a Nokia burner phone from within the property. Subsequent analysis of the phone revealed that it was housing the new Gino 2 line.

On the same day, officers carried out enquiries at a nearby address, which was in a poor condition, where they located the teenager. He was safeguarded and taken back to London.

Text messages uncovered on the victim’s phone by Op Orochi officers revealed the extent of the county lines operation as well as those involved. The victim was in regular contact with Jemy and the Gino and Gino 2 lines as well as some of the other defendants.

The gang became worried after the teenager was found by the police. Jemy Capitao went on the run with his girlfriend and they stayed in a hotel in Milton Keynes where they were found by officers on 1 October 2020. Detectives also found £2,910 in cash wedged into the handle of a kettle in the room. Officers also searched his home address and recovered a cash counting machine and large quantities of designer goods and high value items.

Jemy’s brother Basky Capitao, who ran the line when his brother was away, was also arrested on 1 October 2020 after officers stopped a car he was a passenger in on the M25. He was found in possession of £625 in cash as well as an iPhone and a burner phone. The court heard he played a key role in the trafficking of the teenager by arranging and facilitating his travel to South Wales.

Langrish, who works for Basky as a driver/courier, drove the teenage victim to Swindon on the night of 10/11 September 2020 for the first leg of his journey. He was arrested on 6 October 2020. He was found to have 125 packages of crack cocaine hidden under his genitals. The court heard Langrish made numerous trips to South Wales so he could re-supply the Gino line with class A drugs in Swansea.

Officers executed a warrant at Kimpton’s address on 9 October 2020. He was arrested directly outside. Detectives searched the address and found a Gucci shoe box containing a loaded 22-calibre self-loading pistol and ammunition. Officers also found a Taser disguised as a torch as well as cocaine and heroin.

King was arrested on 14 October 2020 at his home address. King was based in Swindon at the time of the teenager’s trafficking. He received the victim in Swindon from Langrish before arranging and facilitating the youngster’s travel to South Wales.

Elaouzi was also arrested on 14 October 2020 for the offences linked to this investigation. The court heard that Elaouzi was holding the Gino line when the teenager was trafficked to Wales.

Following the arrest of the defendants, further enquiries were carried out by Op Orochi officers, particularly into the phones that were seized from them when they were arrested.

Subsequently they were charged and convicted as above.

Detective Constable Ben Baker, the investigating officer from Operation Orochi, said: “County lines drug dealers exploit young and vulnerable people to facilitate their drug supply. They hope that by using vulnerable children as drugs runners they will shield themselves from identification and prosecution by law enforcement. This is because frequently, these exploited persons are too scared to assist police.

"The additional recovery of a loaded firearm associated with these perpetrators reflects the intractable association between drug supply and violence.

“This investigation has shown that the police are able to pursue those involved with exploiting children for drug supply, irrespective of whether a victim assists the police or not. We hope this case will discourage future gangs from using children as drugs runners by showing that it isn’t any barrier to their prosecution.” 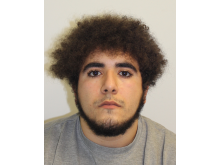 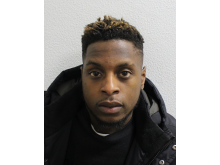 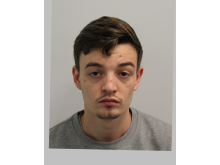 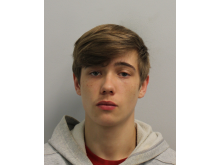 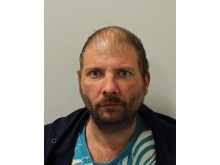 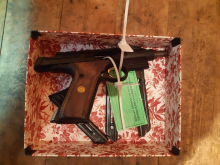 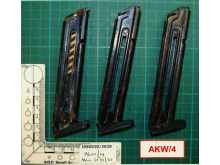 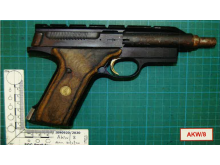 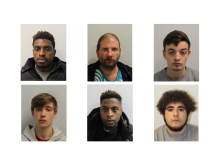