A married couple have been jailed for sex trafficking.

The couple trafficked women in and around the UK exploiting them by forcing them to be sex workers.

They were both found guilty on Thursday, 26 November following a five-week trial at Isleworth Crown Court for conspiracy to commit human trafficking, controlling prostitution for gain and possession of criminal property for gain.

Pan was also found guilty of two counts of possession of a Class A drug with intent to supply.

On 23 July 2019, a woman aged in her 30s attended Kensington Police Station and claimed that she had been trafficked to England from China in December 2015 and forced to work as a sex worker.

For a period of time she stayed at an address in High Street Kensington, which was managed by a Chinese man and woman, whom the informant understood to be married. She referred to the couple as ‘Big Brother’ and ‘Mimi’. They were later established to be Tsang and Pan.

Tsang was the main driver who drove women to ‘outcalls’, which is when they are taken to clients’ houses or hotel rooms. If the appointment was after 3am, Pan would drive.

A taxi would be ordered on occasion to take the women to appointments which would be arranged by Pan.

The informant gave officers descriptions of the couple and their vehicles and subsequently picked Tsang out at of an identification procedure.

The jury was told that Pan arranged the clients. Pan would give the sex workers instructions via a messaging application about a client, the address, what they wanted, what was expected, the fee that should be charged and if ‘Big Brother’ was on his way to collect them.

Each booking ranged in price from approximately £120 to £230 and the money had to be given to Tsang.

The sex workers were also told to sell drugs, either cocaine or crystal meth, to clients. Pan would tell the women what drug the client wanted and to give it to the client when he arrived.

After the informant went to the police in July 2019 officers began an investigation codenamed Operation Laius. The operation was led by PC Sam Bhangu and Detective Constable Stu Higgs from the Central West area’s Sexual Exploitation Team.

As part of their enquiries, undercover operatives contacted a telephone number that had been identified as advertising sexual services. The operatives met the women who confirmed sexual services would be provided, before making their excuses and leaving the addresses.

After building enough evidence against the couple a series of warrants were executed on Thursday, 16 January 2020.

Tsang was arrested in Waterloo Place where he was parked in his vehicle after picking-up a woman from High Street Kensington and dropping her nearby.

He was arrested on suspicion of facilitating the travel of a person within the UK with a view to exploitation and controlling prostitution for gain. Officers searched his vehicle and found a Chinese woman’s passport and underwear in the glove box.

Inside the car were a number of carrier bags filled with boxes of condoms and multiple packets of underwear and outfits. One of the boxes was examined and was found to contain a hundred condoms - there were multiple boxes.

That same day, a search warrant was executed at Tsang and Pan’s home address in St Mary's Terrace, Westminster. Pan was present, but she refused to let the officers in – keeping a chain on the door.

Pan moved away from the entrance and attempted to throw a pink basket full of mobile phones out of the window, but she was prevented from doing so after officers forced entry into the flat.

She was arrested on suspicion of human trafficking and controlling prostitution for gain. Officers searched the flat and found 74 mobile phones, 21 of which were in the basket that Pan had tried to throw out of the window.

The phones were used to communicate with potential clients seeking sexual services, with many messages telling clients to attend the addresses in High Street Kensington and Ashmill Street.

A number of passports were also found.

During a search of the flat’s office, police found a large quantity of Class A drugs, namely cocaine and crystal meth, as well as a set of scales.

Pan was further arrested on suspicion of possession of a Class A drug with intent to supply.

They found a package with Tsang’s name and address on it in Ashmill Street while the ID used on the tenancy agreement for the property in High Street Kensington was the same name as on one of the passports seized from Tsang and Pan’s home address.

Pan’s bank account also had numerous payments to taxi companies for collections and drop-offs to the High Street Kensington address.

Tsang’s HMRC self-assessment return described his trade from the accounting period of March 2016 to March 2019 as ‘massage therapist’ and ‘massage services'. However, during their search officers found no items to suggest that Tsang or Pan ran a legitimate massage business.

They were both charged on Friday, 17 January and were convicted as above.

They were found not guilty of conspiracy to commit human trafficking and controlling prostitution for gain in relation to the informant.

PC Sam Bhangu, from Central West area’s Sexual Exploitation Team, said: “Tsang and Pan were part of a conspiracy directing and controlling the activities of sex workers. They had absolutely no regard for the wellbeing of the women they controlled. They dehumanised them and treated them as objects to be used for their own personal financial gain.

“I’d like to thank the informant for her vital assistance throughout the investigation which ultimately helped us to bring Tsang and Pan to justice and now sees them begin lengthy stints behind bars.”

Detective Constable Stu Higgs, from Central West area’s Sexual Exploitation Team, added: “The Met has officers working around the clock to identify people involved in human trafficking and exploitation. We work closely with national and international partners to share intelligence, and identify and detain criminals, such as Tsang and Pan, who profit from exploiting vulnerable people.

“However, communities also have an important role to play in recognising the indicators. Modern slavery and human trafficking are often hidden in plain sight and we need the public to recognise the signs and report their suspicions. If you suspect someone may be a victim of modern slavery, tell someone. You will always be taken seriously and protection and support is available.”

+ To report a suspicion or seek advice contact the Modern Slavery Helpline confidentially on 08000 121 700. This is open 24 hours a day, 365 days a year. You can also report it police online at www.met.police.uk or by calling 101. Alternatively, you can contact the independent charity Crimestoppers anonymously on 0800 555 111 or online at crimestoppers-uk.org. 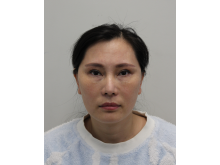 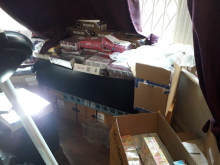 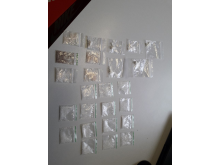 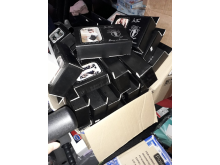