A series of late-night parties held at commercial venues across the borough of Kensington and Chelsea has led to significant Covid-19 enforcement action being taken by police.

On Sunday, 20 December, police responded to reports of an illegal gathering taking place at a commercial property on Montpelier Street, SW7. Officers, working in conjunction with Kensington and Chelsea Council, have since obtained a closure order for the property. The closure order is valid for three months and will be reviewed for extension after this period. The premises has previously been served with a prohibition notice by the council for breaches of Covid legislation.

On Saturday, 16 January, police were called to an address on Harrow Road near the junction with Ladbroke Grove, W10, following reports of a large crowd present inside the venue.

Officers attended at approximately 20:00hrs and upon entering the address, found more than 30 people socialising in close proximity.

The owner of the venue was reported for consideration of a Fixed Penalty Notice (FPN) amounting to £10,000 and all those in attendance were quickly dispersed.

On Sunday, 17 January, at approximately 03:30hrs, police received reports of a mass gathering taking place at an address on Beauchamp Place, SW3.

Several units were deployed to the venue where over 200 people were attending an illegal party.

While police worked to disperse the crowds on the street surrounding the address, attendees became hostile and pushed through officers in an attempt to avoid being fined. Two officers were injured as a result.

Meanwhile, a large group remained inside the premises. A cordon was put in place at the entrance to facilitate the detention of further persons who were illegally gathered inside.

Around 30 FPNs were issued to attendees and a three month closure order is being prepared for the owner of the establishment. They were previously issued with a £1,000 FPN and a prohibition notice by the council for breaches of Covid legislation.

Superintendent Michael Walsh, of the Met’s Central West Basic Command Unit, said: “The above three instances were flagrant breaches of Covid legislation and could potentially have put multiple people at risk of contracting or spreading the virus. Attending or organising such parties during this critical period is an incredibly selfish decision to make and we will continue to take action against those who flout the rules.

“My officers continue to work incredibly hard to uphold Covid legislation in order to keep people safe. While the majority of breaches have been resolved without incident, it deeply saddens me that some individuals have chosen to assault police officers who are simply doing their part in the collective battle against this deadly virus.

“We will absolutely not tolerate assaults on police officers. It goes without saying that anyone who harms an emergency worker will face the full force of the law.

“I would like to thank colleagues from Kensington and Chelsea Council for their support in delivering this weekend of action. Through our partnership with them, we have been able to take swift and appropriate enforcement action in those cases where people have very clearly and very deliberately broken the rules.”

Councillor Emma Will, Lead Member for Communities, said: “These businesses refused to adhere to the Covid-19 restrictions, disturbing local residents and placing their own customers and the wider public at significant risk again and again.

“Where breaches like this occur our council officers will work with the police, using the full range of both our powers to tackle those who break the law. Most businesses are doing the right thing to protect their local communities during the pandemic but those who flout the rules will face consequences.” 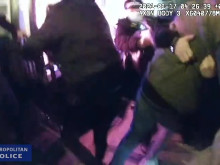