Following one of the most successful years ever in terms of criminal proceed seizures, the Metropolitan Police Service is reinvesting funds into operations to tackle violent crime and new cash detection puppies.

The spaniel puppies will be trained to help officers discover laundered or hidden cash.

Detective Chief Inspector Tim Wright, from the Central Specialist Crime Command (Economic Crime), said: “Cutting off the cash flow that is generated by criminality and ill-gotten gains not only helps to tackle violent crime, the Met’s number one priority, but it also helps to fund extra policing resources.

“Our investment in training these new puppies as cash seizure dogs will help us to find cash that is hidden in secret compartments, known as hides, in vehicles and homes – making our work quicker and more effective. In turn I hope it means the Met’s economic crime teams will be even more productive and build on the best year for cash seizures we have had in a while.”

The 2020/21 financial year was a record year for the Met’s Proactive Money Laundering Teams, who recovered £14.4m and made 116 arrests. They also found and seized 67kgs of drugs and two machine guns with over 300 rounds of ammunition.

Cash seizures are the literal seizures of notes and coins.

The number of Account Freezing Orders executed by Met officers has also increased by 100% (184 in FY 19/20 up to 368 in FY 20/21). In financial value it has increased from £18.6m to £27.3m respectively. This is where officers freeze the funds in a suspicious account ahead of further action.

Detective Chief Superintendent Mick Gallagher, who leads the Central Specialist Crime Command added: “The Economic Crime Command plays a crucial part in supporting the Met’s number one priority – tackling violence on the streets of London and I am unbelievably proud of all of the hard work that my officers have put in over the last year. We’re continuing our focus particularly on how we are depriving criminals of the profits they make from criminality.

“There is an intrinsic link between money and violence. It is the motivator for most crime types across the world, but in particular the drug trade and organised crime. By disrupting the flow of money, we are disrupting core business for many criminals across the capital. Behind every pound made by a criminal is a trail of misery in our communities.

“We have been committed to reducing street violence across London, and the Commissioner has been clear that this is a priority for the entire Metropolitan Police Service. We are tackling it from all angles and making London a hostile and difficult place for those intent on committing acts of violence to operate.” 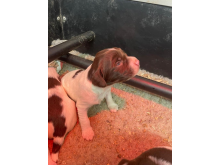 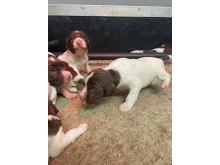 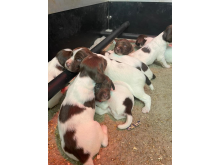