Detectives are renewing appeals for information following a fatal stabbing in Croydon.

Police were called at 21:10hrs on Tuesday, 30 March to reports of three men fighting on Alpha Road in Croydon.

Officers attended and found a man who had been stabbed. Paramedics also attended but despite the best efforts of the emergency services, he was pronounced dead at the scene.

Detectives have named him as 23-year-old Reece Young. His family have been informed and are being supported by specialist officers.

A special post-mortem examination held on Thursday, 1 April gave the preliminary cause of death as an incised wound to the chest.

Two men had left the scene in a vehicle before police arrived. They later presented themselves at a south London hospital with stab wounds that are believed to have been sustained in the same incident.

Officers attended the hospital and arrested both men [A] – 33yrs and [B] – 32yrs, on suspicion of murder.

[A] was later discharged from hospital and taken to a police station. He has since been bailed to return on a date in late April.

After his arrest, [B], assaulted police officers and NHS staff before forcing his way out of the hospital. An urgent search was carried out and he was returned to custody on the evening of Wednesday, 31 March. He has since been bailed to return on a date in late April.

An investigation has been launched by homicide detectives from the Met’s Specialist Crime Command.

Detective Chief Inspector Richard Vandenbergh, who is leading the investigation, said: “We are continuing to appeal for anyone who was in the area of Alpha Road that night to come forward and speak with us.

“We need to hear from anyone who has information, or who captured the fight on their mobile phones. One piece of information, no matter how small, could prove vital in us being able to provide Reece’s family with the answers they need.”

Anybody with information is asked to call police on 101 or tweet @MetCC quoting CAD 7449/30MAR.

+ Any young people who have information about violence or knife crime, can visit www.fearless.org where they can pass on information anonymously – your I.P address will not be traced. Fearless is part of the Crimestoppers charity, and is also independent of the police. 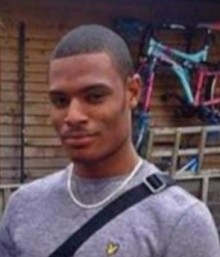 A murder investigation has been launched after a man was fatally stabbed in Croydon last night. 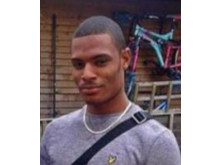 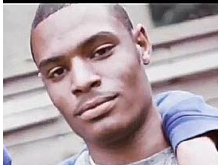