A drug dealer who tried to evade capture by driving double the speed-limit on the wrong side of the road has been jailed.

Zakariya Taibi, 21 [6.4.00], of Wickham Lane, Greenwich, pleaded guilty to being concerned in the supply of class A and class B drugs, possession of criminal property and dangerous driving at Woolwich Crown Court on Tuesday, 27 July.

He was sentenced immediately afterwards to four years and two months’ imprisonment. He was also disqualified from driving for 49 months, which will cover the time he is released on licence.

At the time of the offence he had only just been released from prison for similar offences.

The court heard that on Sunday, 27 June plain clothes officers from the Met’s South East Violence Suppression Unit were on general patrol in Shooters Hill Road, Charlton, when their attention was drawn to a moped that was driving erratically and heading towards Woolwich. The officers immediately turned around and followed it.

A vehicle pursuit ensued after the moped failed to stop as it drove at excessive speeds of at least 50-60mph in a 30mph road over speed bumps. It also overtook vehicles on the wrong side of the road. The moped drove through a red light at roughly 40mph on very busy crossroad junction at Woolwich Common.

The pursuit continued into Plumstead with the moped repeatedly overtaking and undertaking vehicles and going through red traffic lights. The moped almost hit a small child crossing the road on Lakedale Road who was luckily pulled out of the road by an adult at the last second.

As officers approached the top of Lakedale Road, the rider appeared to discard items. The rider then drove into a dead end and the suspect jumped off the moped, removed his helmet and made-off on foot.

Officers chased the suspect into woodland and caught and detained him. He was searched and nothing was found on him apart from personal belongings and so he was arrested for the driving offences.

Upon searching the moped, an iPhone was located. A further search of the moped found another iPhone hidden inside the left hand covering area of the moped on the handle bar.

Officers searched his home address and seized £1,820 in cash which was on top of a cupboard in his bedroom.

A bag that Taibi had been seen wearing during the pursuit, but was discarded during the foot chase, was never found.

Taibi was subsequently charged with being concerned in the supply of class A and class B drugs, possession of criminal property and dangerous driving.

The court granted the confiscation of the cash found in Taibi’s bedroom, which will be invested in policing.

PC David Paine, from the South East Violence Suppression Unit, said: “Drug supply and violence are interlinked and the supply of drugs harms our communities in various ways, causing misery to addicts and their families.

"I am pleased with the robust sentence, which should act as a deterrent for those considering involving themselves in this type of crime.

"Drug dealing is a gamble where you often lose more than you win. In this case, Taibi will be spending more than two years in prison before being considered for release on licence.” 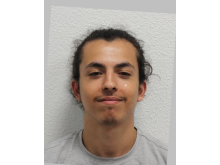