A serving Metropolitan Police Service officer has sadly died after being diagnosed last month with COVID-19.

Detective Sergeant Darren Barker, a specialist financial investigator within the Met’s Specialist Operations Command, was admitted to hospital in late January and died late on Friday, 12 February, surrounded by his close family.

Due to being classed as vulnerable, DS Barker was shielding throughout the pandemic, but continued to work from home and supported his colleagues on various investigations, even playing a lead role in an ongoing, highly complex multi-national money laundering investigation, which resulted in its first conviction only last month.

DS Barker is survived by his parents, Eric and Sheila, his wife Caroline, his two adult children Christian and Lauren, as well as his brother, Eric Barker, who is a serving Met Police constable in the north London area.

Detective Chief Superintendent James Harman, from the Met’s Specialist Operations Command, said: “Darren was a much loved and respected friend and colleague for so many of us across the Met. He was well known for his sense of humour and his positive, gentle nature – but also for his incredible work ethic, professionalism and dedication to duty throughout his long career as a police officer.

“Darren was an extremely talented detective. Despite the challenges of shielding he continued to work on a number of high-profile complex investigations, and his leadership during these investigations was truly invaluable. He will be remembered fondly by everyone he worked with, and will be greatly missed by us all. We are truly saddened by his loss and our thoughts are with his family and friends at this difficult time.” 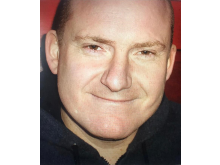