Detectives investigating a fatal shooting in Haringey have named the victim as Chad Gordon.

Chad was shot when he answered a knock at his door and it is believed the 27-year-old was killed in a case of mistaken identity.

Police are appealing for witnesses and information to identify those responsible.

Both armed and local officers attended the scene along with the London Ambulance Service and found Chad suffering from a gunshot wound to his head. Despite the best efforts of emergency services, Chad was pronounced dead at the scene.

Chad’s family have been informed and they are being supported by specialist officers.

It is believed Chad was shot after he opened the door to two suspects wearing dark clothing and motorcycle helmets. Following the incident, the suspects left the scene on a moped heading towards Finsbury Park Avenue.

Officers from the Specialist Crime Command (Homicide) are investigating, at this time no arrests have been made.

Chad’s mother, Anne Marie Wilson said: “We are devastated by what has happened, Chad wouldn’t hurt a fly, he was so gentle and caring. If anyone knows anything, then I urge them to contact the police.”

She has also appealed for everyone to respect the privacy of the family at this tragic time.

Detective Chief Inspector Andy Partridge, said: “Chad was gunned down in his own home for no more reason that he opened his door. How can his family ever come to terms with such a wicked and senseless act? I am appealing to the community to come forward, show your support for an innocent man’s family and tell us what you know.

“At 20:20hrs the two killers arrived on a scooter dressed in black clothing and helmets and went to Chad’s home in Wiltshire Gardens. They rang the doorbell and upon opening the door Chad was shot almost immediately at very close range. The men then left on the scooter, travelling into Finsbury Park Avenue and then onto Hermitage Road.

“It would have still been light when the shooting took place and I’m hoping there are people out there who saw something who we’ve not yet spoken to. Did you see a moped arrive or leaving the scene? Did you see it travelling along Finsbury Park Avenue or any of the streets nearby? Are you a driver with dash cam footage of the moped in the events leading up to or after the incident? Any information passed to us will be treated in the strictest of confidence.

“Chad has been described as a gentle giant, he had autism and there is no reason why anyone would want to hurt him. Someone will know who killed Chad and I urge them to make contact with my officers immediately. Chads family have suffered more than is imaginable, do not add to their suffering by shielding those responsible. Please help Chad’s family find answers and justice; call police.”

Officers will return to the scene today (Thursday, 21 May) to appeal for witnesses and information about the murder and speak to local residents about any concerns they may have.

If you have information about this incident, or information about someone you suspect to be carrying a weapon and you do not want to speak to police, please contact the independent charity Crimestoppers on 0800 555 111 or by visiting their website https://crimestoppers-uk.org/. It is 100 per cent anonymous. They never ask your name and cannot trace your call or IP address.

Detective Chief Superintendent Treena Fleming, Commander of the Met’s North Area Command Unit, said: “This is a harrowing incident and our immediate thoughts are with the victim’s family and friends at this devastating time. An experienced and dedicated team of detectives are doing all they can to identify those responsible and bring them to justice.

“I know that members of the community will naturally be very concerned and shocked. Whilst incidents of this nature are rare, that doesn’t detract from the impact this will have had; and I want to reassure local residents that we will continue to work closely with community leaders, key stakeholders and the local authority to update them and provide reassurance. It is at times like this that communities need to come together and support each other. In the meantime residents will see an increased number of officers patrolling in the area to offer reassurance.

"Please approach these officers and relay any concerns you have or pass on any information which could assist us in helping to keep you safe.” 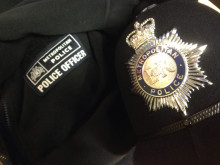