Detectives investigating a racially aggravated assault that took place a year ago have released an image of a man they want to speak to.

The victim, a 37-year-old woman, was attacked by a group of men outside a grocery shop at the eastern end of Kilburn Lane, Maida Vale, W9 – near Queens Park railway station - at around 03:00hrs on 22 December 2019.

The victim was racially abused during the incident and required hospital treatment for a head injury.

The investigation is ongoing and detectives are releasing a picture of a man they want to identify and speak to. He is a white man, believed to be aged between 28 and 35, 5ft 10in tall and of average build. He had a short beard and was wearing a flat cap and black coat at the time of the incident.

If you recognise him or have any information about this incident, please call police on 101 quoting CAD 1172/22DEC19. Alternatively, call Crimestoppers anonymously on 0800 555 111.

A 28-year-old man has been charged in relation to this incident and is next due to appear in court in January 2021. 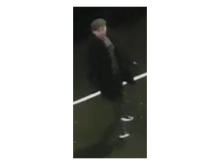 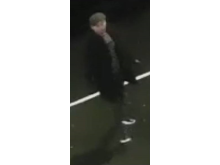