A man has been convicted of two counts of rape after his DNA linked him to both incidents.

Paulo Kretteis, 22 (8.12.98) of Petts Hill, Northolt was found guilty at Isleworth Crown Court on Thursday, 28 January of raping two women. He was also convicted of one count of making threats to kill.

Kretteis was be sentenced at the same court on Friday, 26 March.

Detective Sergeant James Bulpin, who lead the investigation in Hammersmith, said: "Kretteis attacked a lone woman in the street late at night and only fled the scene when interrupted by a person walking by. He may well have thought that he had got away with this attack, but he has now rightly been convicted."

Detective Constable Asha Adams, of the West Area BCU, who investigated the second offence, said: “Kretteis has shown no regard for either of the survivors he has been convicted of raping. Both have shown tremendous bravery to come forward and in their commitment to helping police convict this dangerous and violent offender. “

At approximately 04:40hrs on 13 October 2019, police were called to reports that a woman, aged in her mid-20s, had been raped on a footbridge over a railway line close to Bentworth Road, W12.

The woman informed officers that she had met the suspect outside a bar before walking towards a bus stop. The suspect physically assaulted her before committing the rape. The attack was disturbed be a member of the public and the woman was able to flag down a passing driver, who called police.

The woman was taken to hospital with facial injuries where she was supported by specially trained officers.

An investigation was launched and CCTV footage, which captured the suspect, was released as part of a media appeal. Unfortunately, he was not identified, but his DNA was recovered from the woman’s coat.

On 15 December 2019, police were called in the early hours to reports of a disturbance at residential address in Ealing. Officers attended and were informed by a woman in her early 20s that she had been assaulted and raped by Kretteis, who was known to her.

Kretteis was arrested at the scene. As part of the investigative process, his DNA was taken; this was later found to match the sample from the attack in October and he was arrested for this matter in February 2020.

+ Anyone who has been a victim of a sexual offence can find specific information on our website. The page also includes information about agencies and charities that can offer support. 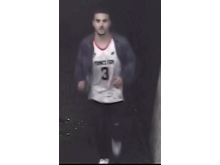 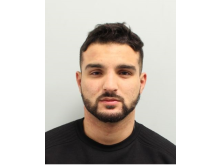