In addition to the arrests, around £15,000 cash was seized as well as a quantity of class A drugs.

The warrants are the culmination of an eight-month, covert investigation into drug dealing, organised criminality and violent crime in the area, which was launched following crucial intelligence from the communities who live there.

A number of officers were involved in the operation, including the Violent Crime Taskforce (VCTF), Lambeth and Southwark local officers and Territorial Support Group (TSG).

Detective Superintendent John Harnwell, of the Met’s Violent Crime Taskforce, said: “Tackling violent crime remains our top priority in London, and this is a fantastic example of the VCTF working in close partnership with local borough officers to dismantle organised criminality and those exploiting and coercing vulnerable people, often young children, to sell drugs.

“Even through this challenging pandemic, officers across the wider organisation have remained committed to suppressing violence, and as part of this, bringing those intent on peddling drugs to justice. We will continue to use every tool at our disposal to tackle these types of crimes head on.”

Commander Colin Wingrove, of Lambeth and Southwark said: “The operation today aims to protect communities from the harm caused by drug related violence, safeguard vulnerable and young people, and bring those responsible to justice.

"Drug supply is responsible for a large proportion of violence we see across Lambeth and Southwark. We know that this, understandably, is of huge concern to local communities, who can feel threatened and intimidated.

"We will not tolerate this criminality which causes misery to many who live here. I hope the successes we have seen here today highlights our relentless efforts to drive down violence, drug-dealing and serious organised criminality, and reassures the community that we are absolutely committed to working with them and making the streets in which they live safer.”

We would like to hear from anyone who has information about crime, or those who exploit others for gain or revenge, while putting young people’s lives at risk. 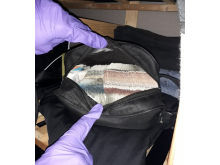 Some of the recovered cas...

Some of the recovered cas... 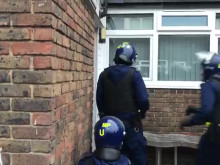