The family of a man who was gunned down in his home in a case of mistaken identity have made an emotional appeal for information to help finally identify his killer, on the 10th anniversary of the murder.

Ricardo Cunha’s mother, Maria and his sister Liliana, have made the appeal for information a decade after his murder in West Norwood, in the hope that a £30,000 reward for information leading to the arrest and prosecution of the person or people responsible will encourage people to come forward and speak to the police, or that the passing of 10 years may mean that those who felt unable to come forward at the time, may now feel that they can provide officers with the name of the person responsible.

Detectives investigating the 2010 murder believe the shooting was a case of mistaken identity and Ricardo, who was 23 at the time of his death, was never the intended target.

On the evening of Saturday, 11 September 2010, Ricardo and his girlfriend were watching television in their bedroom in their flat in Pondfield House, Elder Road, SE27.

They were disturbed by knocking at the front door at around 23:20hrs and Ricardo went to investigate. When he looked out to the street from the front bedroom window he was shot.

Police and the London Ambulance Service were called to the address but Ricardo could not be saved. He died at the scene within half an hour of the knock at the door.

A post-mortem examination held at Greenwich Mortuary gave the cause of death as a gunshot wound to the head.

Over the years, detectives have continued to appeal for information and in 2011 they issued an image of a 1924 Webley Mark Six Revolver, which may have been the murder weapon.

They believe it could have been kept as a keepsake, with the possibility that it may have been stolen in an unreported burglary before finding its way into the hands of Ricardo's killer.

Detectives know the same gun was fired during an incident just three days after Ricardo's murder. On Tuesday, 14 September 2010, it was fired in Picton House on the Clapham Park Estate, Brixton. No one was injured during the incident and the gun was found on the Clapham Manor Estate the following day. Forensics later identified this type of gun was used in Ricardo's murder.

A reward of up to £30,000 is offered by police for information leading to the arrest, charge and prosecution of those responsible for the murder of Ricardo Cunha.

Speaking on behalf of Ricardo’s family, his mother Maria said: "Ten years have passed since we lost our boy and we still don't have answer's about what happened and why his life was taken so cruelly.

“Nothing will bring our Ricardo back to us but I want whoever did this to my son to pay for what they did.

“I appeal to anyone who knows or heard anything about what happened to approach the police and help us find some closure to this pain.

“Ricardo was such a lovely young boy, he was always ready to help everyone, always there for us and his friends. He treated everyone with respect either young or old, he spoke to everyone with kindness.

"So I don't know why on earth someone would do this to Ricardo. He had all his life ahead of him, so many plans for that life, and it was all stolen from him.

“Ten years have passed but there is still not a day that goes by that we don't cry at not having our Rick here with us. I strongly appeal to anyone out there that has information to come through for us and help us bring a close to all this pain."

Detective Sergeant Matt Flynn of the Met’s Specialist Crime Command said: "Ricardo's death has devastated his family. In just thirty minutes on that fateful day in 2010, his family lost him, and their future with him, forever.

“They have spent ten years hoping that someone would feel compelled to do the right thing and admit what they have done. Coming to terms with Ricardo’s loss has been an agonising struggle for his family, but not knowing who by, or why his life was taken is something they will never comprehend.

“The systems in place for providing police with information have significantly moved on since Ricardo’s death. Anyone who knows the killer’s identity can chose to remain anonymous by providing the information to Crimestoppers who don’t work for police and do not share contact details. In addition, they don’t even ask for your name or record you IP address.

"I know that someone knows who shot this innocent man in his own home. With the passage of time allegiances can change and I am directly appealing to those people who, for whatever reason, did not come forward at the time, to use this opportunity to give us the information now. Any information provided, no matter how small, is treated in the strictest of confidence."

To remain 100% anonymous call the independent charity Crimestoppers on 0800 555 111 or visit crimestoppers_uk.org. 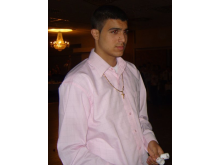 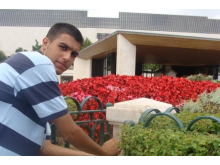 Ricardo and his sister Li... 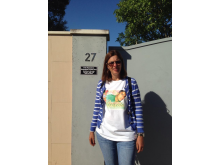