Detectives investigating the murder of Joseph Marafini have charged a fifth male.

[F] A 17-year-old boy, who was arrested on Thursday, 5 November, has been charged with murder. He appeared at Bexley Magistrates' Court on Friday, 6 November.

He is due to appear at the Old Bailey on Tuesday, 10 November.

Police were called at 16:58hrs on Thursday, 29 October to reports of a fight outside a supermarket on Garratt Lane, SW18.

The first victim, Joseph Marafini, was taken to hospital where he later died.

The second victim’s injuries were not life threatening. 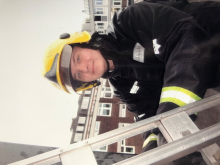