Officers have recovered a revolver and ammunition from an address in Brixton during a police firearms operation.

On Monday, 6 September, officers from the Met’s Specialist Crime Command, supported by armed officers from the Specialist Firearms Unit, carried out an intelligence led operation in the Brixton area, targeting individuals involved in the use and supply of firearms within London.

At approximately 17:45hrs, armed officers searched and arrested a 43-year-old man on suspicion of possession of firearms outside a property in Brixton.

During the subsequent search of the property, a revolver and ammunition were recovered.

The five occupants of the address, ages ranging from 16 to 55, were also arrested.

All six were taken to a south London police station where they will be interviewed by detectives.

Detective Inspector Adam Seton, from the Met’s Specialist Crime Command, said: "The hard work, dedication and professionalism of my officers and their armed colleagues has resulted in another deadly firearm being removed from criminal circulation.

"I am in no doubt that this weapon would have been used to cause serious harm or death on the streets of London. We will continue to use every tool at our disposal to remove firearms from criminal hands and protect our communities by arresting and prosecuting those intent on perpetrating serious violence." 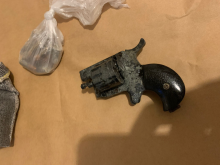 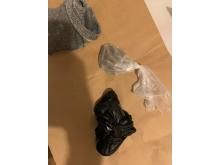