More than two dozen suspected firearms have been seized in a week by specialist officers across London.

The proactive operations involved officers from right across the Met – including specialist crime detectives and teams from the Violent Crime Taskforce and Specialist Firearms Command. Their work focused on tackling violence, gun crime and gang activity across the capital. They utilised a range of tactics including search warrants, stop and search and surveillance activity to detect and apprehend individuals, in addition to patrolling violent hotspots.

In one instance, on Thursday, 11 February, detectives - with the support of highly trained armed officers - carried out surveillance in the Wembley area. During this time, a vehicle was stopped and officers found three firearms and 30 rounds of ammunition inside. The suspects were arrested for possession of an offensive weapon and one man has since been charged.

During a further surveillance operation on Friday, 12 February, the specialist firearms officers had reason to search an address in Westminster. They recovered a sawn-off pump action shotgun, a self-loading pistol, a quantity of various calibre ammunition rounds, more thanr 60 shotgun cartridges and a quantity of suspected Class A drugs.

A joint operation with Greater Manchester Police on Thursday, 11 February also led to the recovery of 14 firearms and approximately 300 rounds of ammunition.

Detective Chief Superintendent Craig Turner, from the Met’s Specialist Crime Command, said: “ We are constantly working behind the scenes to disrupt the supply and use of weapons and prevent violent crime, making London a hostile environment for anyone carrying a weapon. Each of the 27 weapons seized in the past week could have been used to inflict serious harm, and I am grateful for the hard work, proactivity and tenacity of officers in keeping Londoners safe.

“This is part of our plan in tackling violence prior to coming out of lockdown. Tackling violent crime on the streets of London remains our absolute top priority. We will continue to relentlessly pursue those intent on possessing dangerous weapons and causing harm in our communities. I would urge anyone with information about someone who may be carrying a weapon to contact police immediately whether in person or anonymously.”

+ These operations took place between Sunday, 7 and Sunday, 14 February. 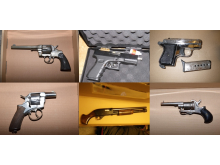 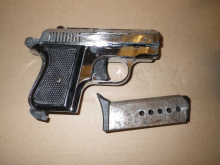 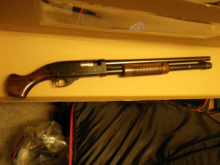 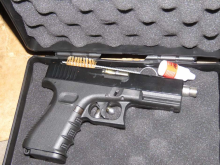 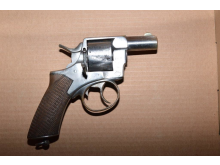 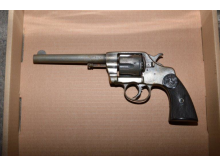 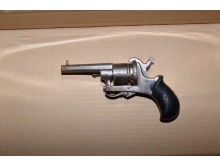