High-harm offenders and criminals involved in firearms offences and shootings are going to be the focus of specialist officers from the Met this week as officers launch an upsurge in activity to tackle violent crime and firearms offences in London.

Starting today, Monday, 26 July, enhanced weapons sweeps, warrants and overt and covert patrols will be taking place across London to curb violent crime in London and remove lethal barrelled weapons out of the hands of some of the most dangerous criminals in the Capital.

Detective Superintendent Nick Blackburn, from the Met's Specialist Crime Command, who is leading the week of upsurge, said: "Day in, day out, Met officers work tirelessly to remove dangerous weapons from the streets and protect both London’s residents and visitors to the Capital - this week is no different but we are going to be enhancing our resources, focusing on this particular crime type. The more work we put into reducing violent crime and arresting dangerous individuals, the safer I hope the summer will be for all of us."

The week will start with weapons sweeps taking place at locations across all 32 boroughs of London. The sweeps will predominantly take place in locations where there has been an increase in violent crime.

Other activity during the week will be enhanced by covert and overt patrols led by the Met's Operation Viper team, supported by specialist firearms and Taskforce officers. There will also be an intensification of our efforts to locate wanted suspects.

The Operation Viper patrols will be in response to any shootings, or in response to information, intelligence or tensions arising during the week. The team help contribute significantly to the firearms seized by Met officers.

In the first six months of 2021, the Met has seized 248 firearms; of which 151 were handguns, three were machine guns and two sub machine guns.

The week of upsurge comes days after the sentencing of four men who were sentenced to 42 years' imprisonment after being caught importing six firearms and ammunition into the UK.

Detective Superintendent Blackburn, added: "Met officers are really good at finding illegal firearms and making sure we take them out of the grip of criminals. This is shown by the increase in seizures we made last year compared with the previous year. Although we are making huge strides, we can reduce gun crime far quicker if members of the public provide us with information about where firearms are being stored and who they are being used by. If people do not want to report to us [the police], they can report to Crimestoppers, which is 100% anonymous."

Information on how to report a suspected firearms discharge, or to provide information to the police on where firearms are being stored or who is in possession of a weapon can be made via 999, by tweeting @MetCC or via our website.

Alternatively we strongly encourage anyone with information to contact Crimestoppers. They never ask your name and they cannot trace your call, your IP address or the device you use. Fill in their quick online form or call 0800 555 111. It could save a life.

On the first day of the Met’s enhanced activity to tackle firearms offences in London, 30 shotgun cartridges have been found and recovered in a stairwell ceiling. 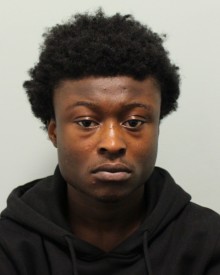